Warriors spark comeback win over the Clippers in the fourth 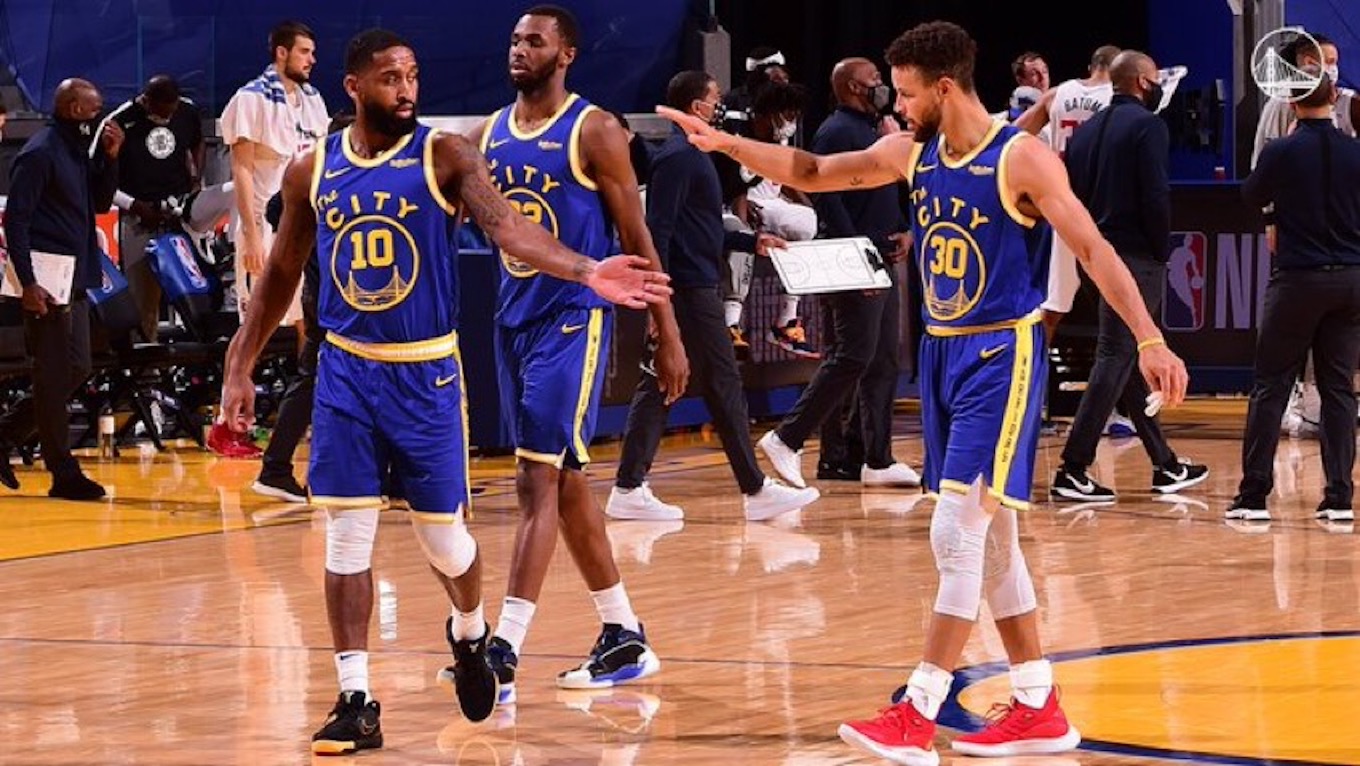 San Francisco – An outstanding comeback win for the Warriors who dominated the Clippers in the fourth for the 115-105 victory.  Golden State made adjustments after their loss on Wednesday to rally back tonight after being down by 21 points in the first three quarters.

A collective effort by all in the final minutes to push the Warriors lead up to 10.  Brad Wanamaker came off the bench to add 8 points (that included two three’s) and 6 rebounds.  Kent Bazemore made some stops and forced LA to turnover the ball over a few times.

“We were down through most of the first three quarters,” said Steve Kerr.  “They kept their energy up , their spirit up, they were pumping each other up on the sidelines and it just felt like we were on the ropes but we hung in there.”

“Forcing turnovers, coach Kerr has been harping on that ever since our short training camp,”Bazemore said.  “If we can go out and get stops, we can be a top ten defensive team.  The sky’s the limit for us.  First half the effort was there but we weren’t focused, we came in at halftime and he [Kerr] kind of calmed us down a little bit, gave us a little pep talk.  They came out early in third and made a little run but we just stayed with it, we’re a team that’s not just gonna lay down.

Stephen Curry didn’t score 60 points but his performance was still spectacular.  He finished with 38 points and had 11 assists.  Curry scored 19 points in the third and went 9-for-14 from the three point line.  He also recorded a season-high 9 three’s, a hug difference from being held to only 13 points in Wednesday’s loss in the first game of the series.

“A tale of two halves, I think defensively we were pretty solid all night and offensively it was kind of hit or miss depending on what of shots we could make and the flow,” said Curry.  “But we stayed with it and a lot of guys came off the bench to and contributed.”

Andrew Wiggins scored 16 points and had 6 rebounds while Eric Paschall added 12 points.  Golden State looked like a new team in the fourth, not only did they change their flow, they didn’t rush shots and defended the ball on both sides.  Not something you see often especially while this young team continues to find a rhythm.

Curry talked about that surge in the fourth and what made guys more comfortable shooting.  Paul George was hot from the line going 5-of-7 from the field but once the Warriors began playing solid defense his shots went anywhere but in the basket.  George finished with 25 points and Kawhi Leonard added 24 points.

“It’s on everybody, myself and Draymond [Green] leading the charge,” Curry explained.  “Players in the locker room and on the court, coach being honest with us, what we’re doing right and what we’re doing wrong.  At the half he [Kerr] charged us up to playing better defense and being more thoughtful about fouls and second chance points (rebounding) and that’ll give us a good chance to get our offense going and it worked.”

Curry’s buzzer beater to end the third made it a 87-81 game,that sparked a team effort from everyone.  A couple of quick buckets to open the fourth made it a one point game.  A foul on Bazemore gave Golden State their first lead of the night.  Paschall hit a three then Bazemore hit a three, and the shots kept coming.  It was only fitting for Curry to finish the night with one more from downtown to secure their win.

The next game of this homestand, the Warriors will host the Toronto Raptors Sunday at 5:30pm.  Please check your local listings for viewing.