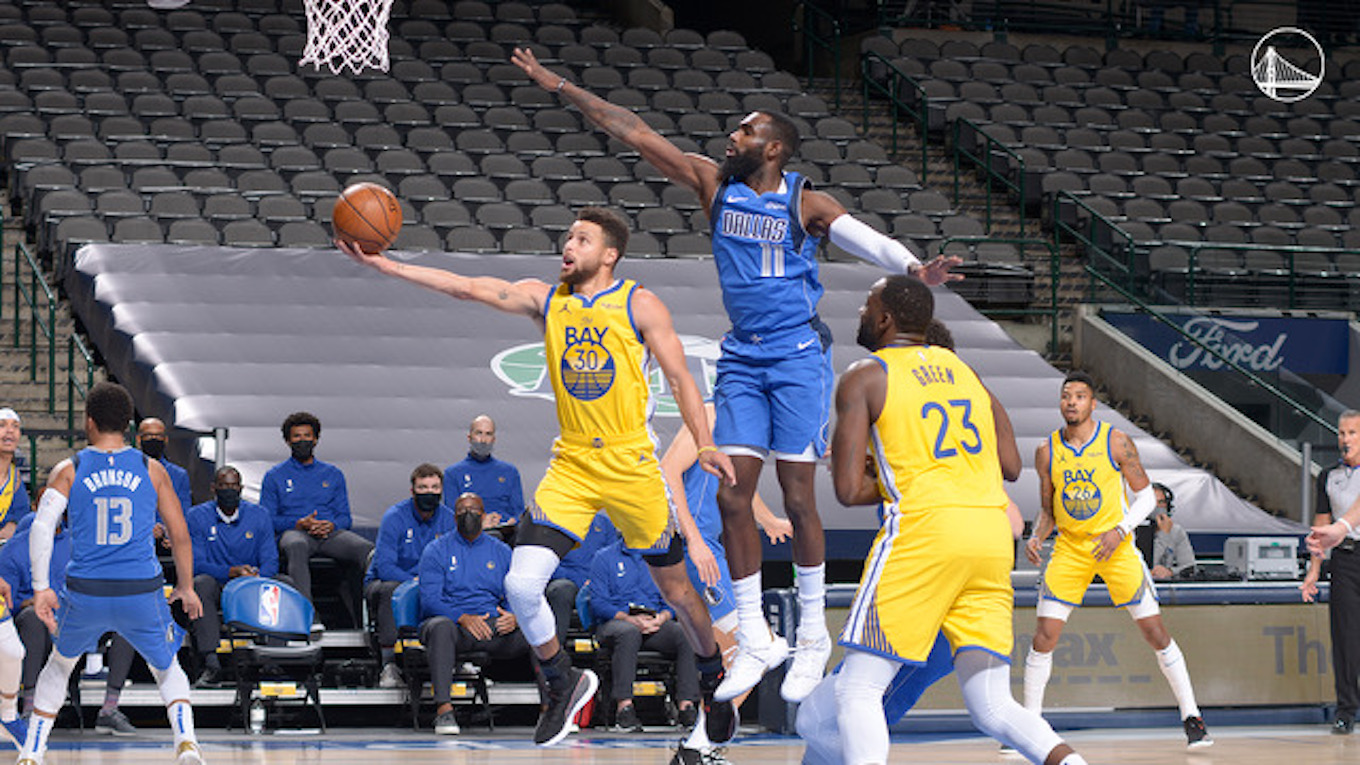 Oubre shot 14-of-21 from the floor, including a blistering 7-of-10 on 3-pointers.  His 22 points scored in the first half were a career-high for any half.  Oubre finished with eight rebounds, tying for the team lead.

With a reshuffled starting lineup, Draymond Green moved to the center spot and scored 11 points to go along with a season-high 15 assists, one away from his career-high.  The injuries to center James Wiseman (wrist) and forward Eric Paschall (knee), Golden State did not have a player taller than 6’7” Andrew Wiggins (who finished with 18 points) available for them tonight.

The Warriors outscored the Mavericks 54-36 in the paint and outrebounded Dallas 45-42.

Golden State added Juan Toscano-Anderson into the starting lineup for the third time this season and he paid huge dividends, scoring 14 points, two points away from his career-high.  He also added eight rebounds.

The first half the game felt like an NBA All-Star Game: tons of scoring and not enough defense.  Both teams combined for 150 points, with the Mavericks clinging to a 76-74 lead at halftime.

“It felt a lot like a summer league game,” said Warriors head coach Steve Kerr about the pace of the game.  “I think I only called plays out of timeouts.  It was like the ‘Run TMC’ days.  I just needed my fish tie.”

Tim Hardaway Jr.’s floater in the third quarter pulled the Mavericks within 93-91 with 5:52 left in the period, Golden State went on a 17-4 run by attacking the rim and knocking down open jump shots to take a 110-96 lead by the end of the period.

“The first half was kind of a shootout, but in the third quarter we managed to get some stops,” Curry said who finished 9-of-17 shooting, including four 3-pointers.  “The defense fueled our offense.”

With both Curry and Green on the bench to start the fourth quarter, the Warriors used a 17-7 run to ice the game away.  Golden State’s lead ballooned to 130-105 with 5:35 left in the game before Dallas head coach Rick Carlisle emptied the bench.

The 147 points scored by the Warriors was a season-high for the team and the most allowed by the Mavericks this season.

“This was a difficult lesson,” said Carlisle.

Luka Doncic led the Mavericks with 27 points.  Kristaps Porzingis had 25, Hardaway added 19 points and Jalen Brunson chipped in with 18 points off the bench.  Dallas came off a Wednesday night win at Atlanta that snapped a six-game losing streak.  Tonight’s loss is the sixth-straight at home for Dallas.

Golden State and the Mavericks meet again to close the two-game series Saturday night in Dallas.