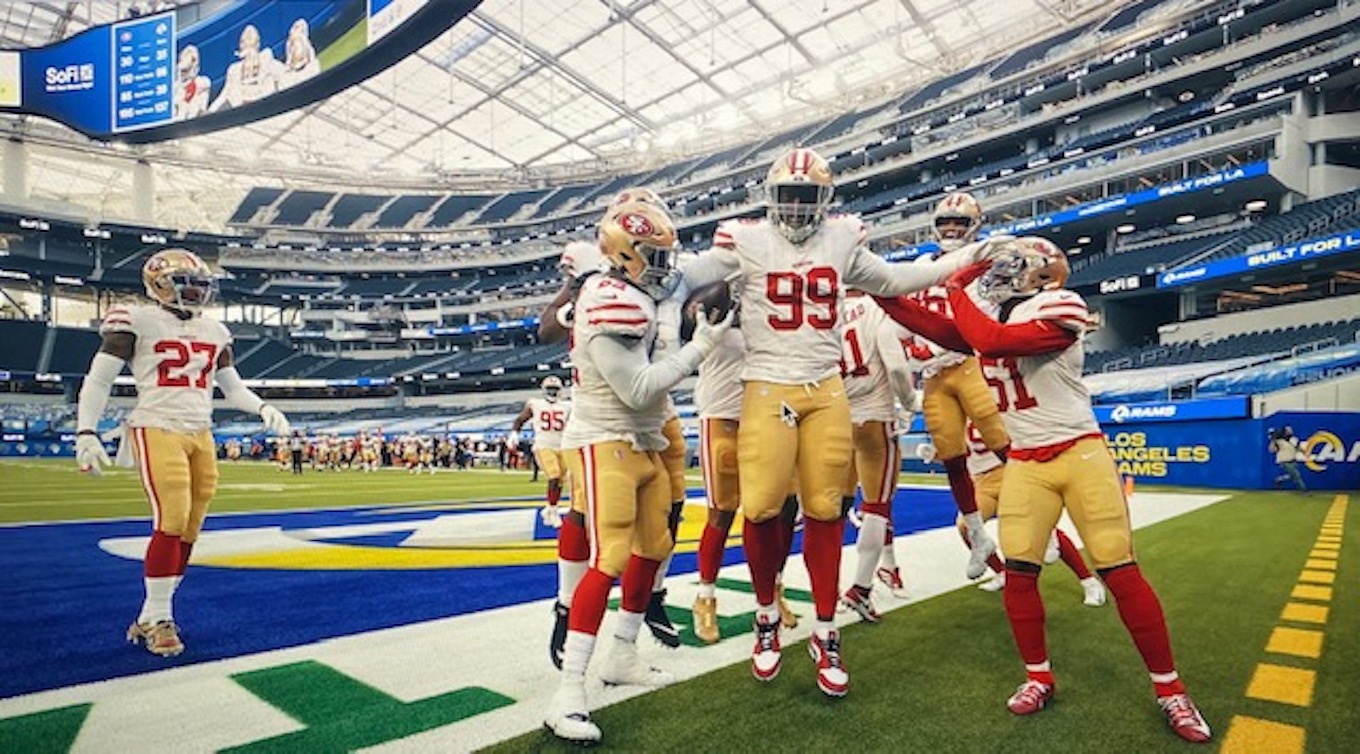 UPDATE – The 49ers will play their two home games Dec 7th and 13th in Arizona. The team released a statement this morning:

STATEMENT FROM THE SAN FRANCISCO 49ERS

“The San Francisco 49ers have come to an agreement with the National Football League and Arizona Cardinals which allows the 49ers to host their Weeks 13 and 14 home games against the Buffalo Bills and Washington Football Team at State Farm Stadium in Arizona.

“The Cardinals organization, State Farm Stadium and League officials have been supportive and accommodating as we work through the many logistical issues involved in relocating NFL games.

“Information regarding the 49ers future practice arrangements will be shared at the appropriate time.”

The 49ers need a new home for the next two weeks after the county of Santa Clara declared no physical direct contact for any college or professional sports teams due the increase of COVID-19 cases.

After the 49ers 23-20 victory over the Los Angeles Rams, head coach Kyle Shanahan fielded questions from the media regarding their new home in the coming weeks.  The season has already faced difficulties in dealing with the virus and injuries.

“I get it: They made that decision, and we’ve got to deal with it,” said Shanahan.  “But to find that out through a tweet or a press conference, I have all wives, everyone’s girlfriends, everyone’s family members, kids, saying they heard we could be gone for the entire month of December? Are we going to be quarantined for 14 days when we get back?  That’s all we could talk about for the last 18 hours because we got no answers from them.  I was just very disappointed.

“Everyone has been so committed to this, so the biggest thing for me is just all of us leaving our families.  We need to find a place we can feel safe and stay because we’re not going to be able to go to our homes anymore that are safe.  So we’re going to have to stay in a hotel or somewhere.  Second thing is we need a practice field to play on, and then obviously, we need a stadium to play in.  I’m not going to be that picky, but we need some obvious things.”

Highlights From The Game:

Making his first return to action since Week 1, CB Richard Sherman intercepted Goff for a 19-yd. return, marking his 1st INT of the season and 36th of his career.  Sherman’s 36 INTs are the most among active players since 2011.

RB Raheem Mostert made his first return to action since Week 6.  Mostert registered 16 carries for 43 yds., including an 8-yd. TD run, his 2nd TD of the season and 11th of his career.

WR Deebo Samuel also made his first return to action since Week 7.  Samuel finished the game with a career-high 11 recepts. for 133 yds., marking his 1st 100-yd. game of the season and 4th of his career.

RB Raheem Mostert talks COVID-19 and his return to action: 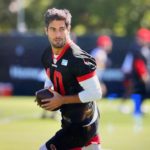 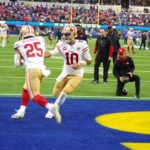