49ers may need a temporary home 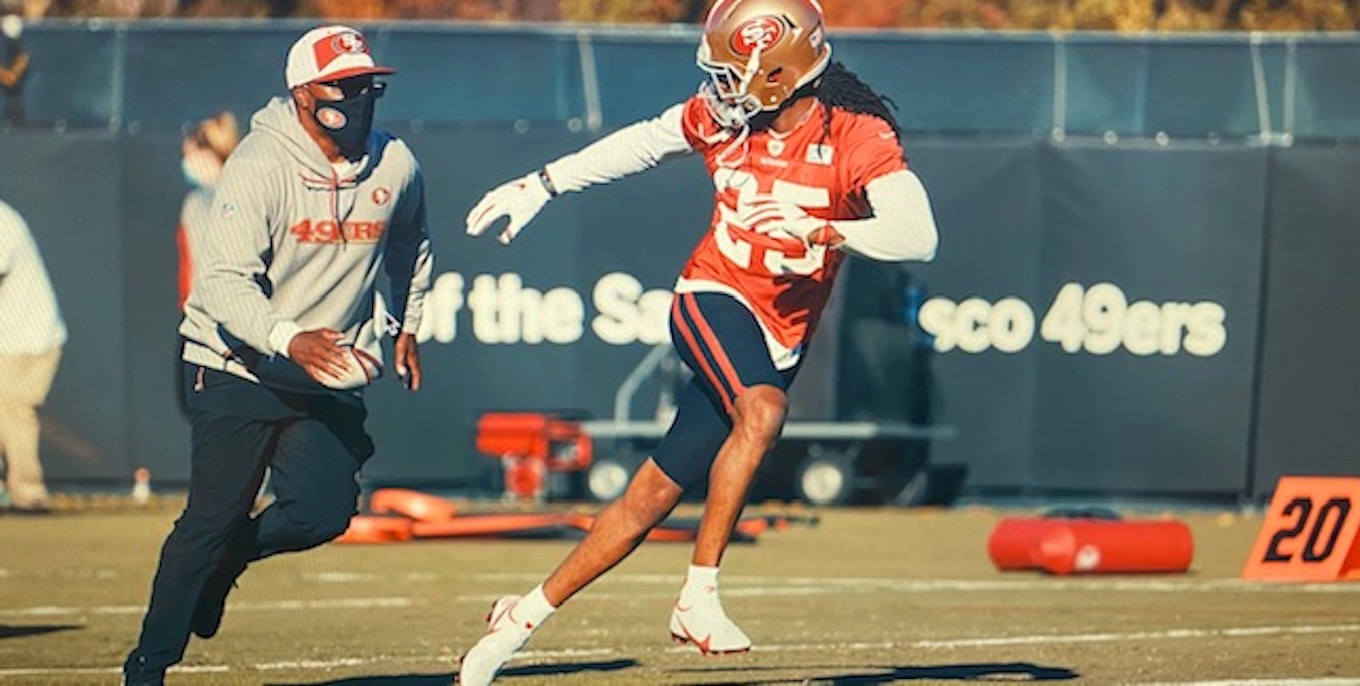 UPDATE – The county of Santa Clara announced this afternoon that mandatory restrictions are in place regarding the rise of COVID-19 cases.  The numbers thus far as reported by local news, 760 new cases of COVID-19 and 239 COVID-related hospitalizations, 71 of whom are in the ICU.

These new cases set new records for the highest single-day counts since the outset of the pandemic.  The county issued a new Mandatory Directive will take effect November 30, 2020 at 12:01 and will last for 3 weeks.  The new restrictions include no direct contact among pro or college sports.

That leaves the 49ers in limbo with two home games coming up December 7th and 13th vs the Buffalo Bills and Washington Football team.  The team has plenty of options in San Francisco and Oakland with both counties reporting no restrictions yet.

With the former Oakland Raiders relocation to Las Vegas that leaves the Oakland Coliseum as an option.  Also Kezar Stadium In San Francisco where the 49ers have held games during Training Cam p in the past.  The positives test within the NFL have increased recently. The 49ers released a statement today.

STATEMENT FROM THE SAN FRANCISCO 49ERS

“We are aware of the Santa Clara County Public Health Department’s emergency directive. We are working with the NFL and our partners on operational plans and will share details as they are confirmed.”

49ers getting back some key players for the Rams

Santa Clara – The 49ers return from their bye week with some very good news.  They’ll be activating a few key players who have been missing in action since the start of the season.

CB Richard Sherman, RB Raheem Mostert and RB Jeff Wilson Jr were activated off the injured reserve list to the active roster today.  LB JoeWalker and T Trent Williams have been activated off the Reserve/COVID-19 List.  But both players are questionable for tomorrow’s game.

“They got better each day,” said 49ers head coach Kyle Shanahan.  “We had to do a bunch of walkthrough stuff because some of the circumstances, the guys we lost.  So we didn’t get to go totally full speed but they got better each day and we’ll put them on the active roster and they’ll be questionable going into the game.

It was nice to get Sherman before the bye week, so we got him some reps in there at least on the practice teams and stuff versus New Orleans.  Then getting Deebo back even more, I thought it was good.  They were able to work because they were injured. They were able to do some stuff on the bye week when the place was shut down.  They were eager and fresh for practice on Wednesday.”