Warriors season ends in loss to the Grizzlies 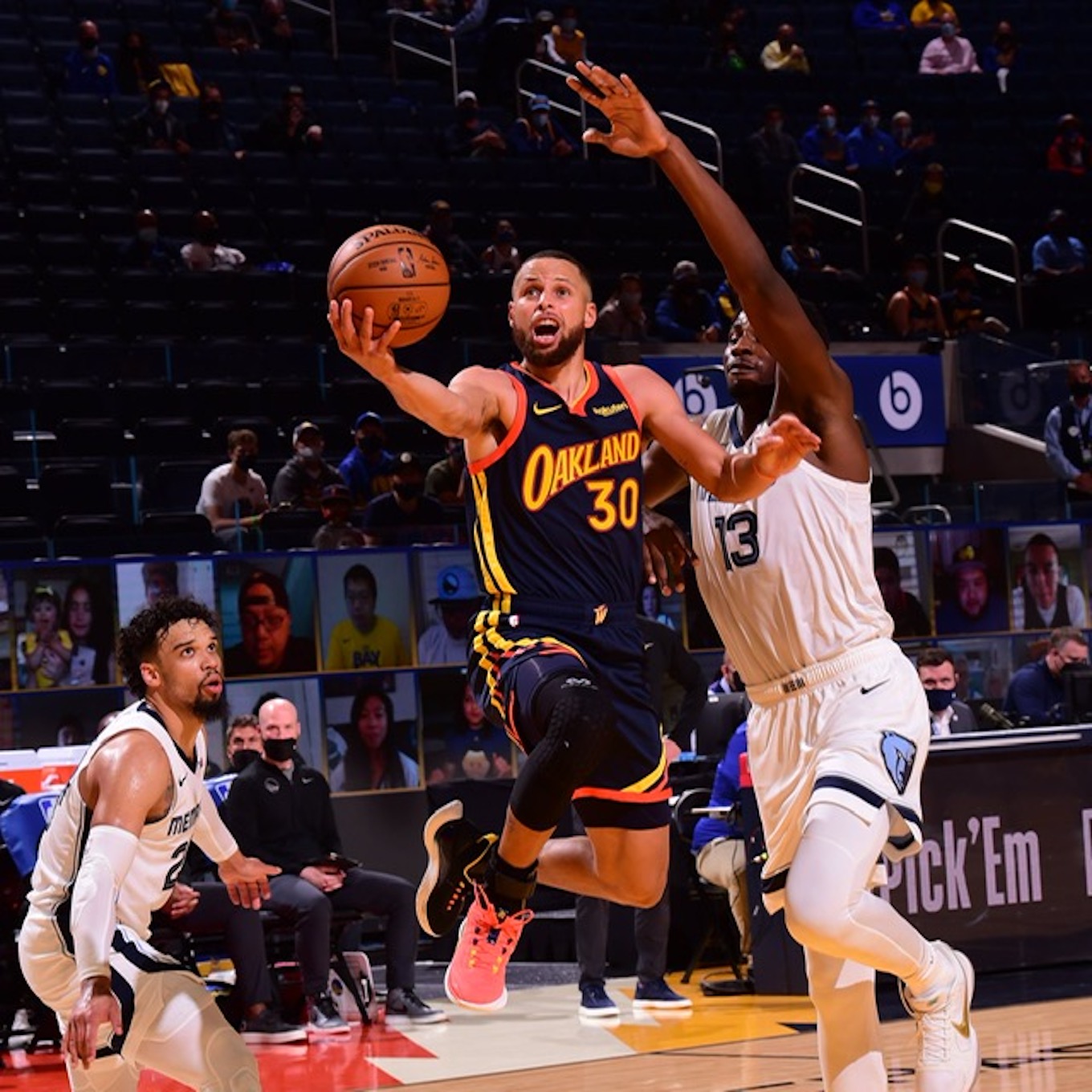 San Francisco – The Warriors tied the game to end the fourth quarter and kept their season alive by scoring the last 9 points to send the game into overtime.  But a late dunk and a free trip to the line for rookie Desmond Bane was the nail in the coffin for Golden State who watched their playoff run end tonight.

The Warriors lost 117-112 to the Memphis Grizzlies despite a late rally in the fourth.  Golden State played catchup throughout the entire game and had no answer to the Grizzlies smothering defense.  Memphis will now face the No. 1 seed, Utah Jazz to kick off the NBA playoffs on Sunday.

“This is very unfamiliar territory obviously with the play-in, and this being the end of the season,” said Stephen Curry.  “Very tough way to end it with these last two games, coming down to the wire, and us giving it everything we had in the tank.”

Ja Morant was unstoppable scoring 35 points and was a hug factor in making back-to-back jump shots with 48 seconds left in the game.  Morant went 14-for-29 with 5 3-pointers and kept pace with the hot shooting Curry.  But it was the Grizzlies defense that shut Golden State down most of the game.

Memphis had 6 guys in double figures, Dillion Brooks finished with 14 points and Grayson Allen added 12.  This young Grizzlies team got off to a great start and maintained their lead throughout the game except for late in the fourth.  After winning both play-in games, Memphis will make their first playoff appearance in three years.

The Warriors went 12-for-35 from the arc and committed 21 turnovers.  They looked fatigue and didn’t display the same energy they had against the Los Angeles Lakers two nights ago.  Unlike the aggressive start Golden State had against the Lakers, tonight they didn’t have much left in the tank.

“Obviously a crushing way to go out, two straight games that were basically gut punches,” Warriors head coach Steve Kerr said.  “We felt like we had control of the game the other night and lost and then really didn’t have conUtah Jatrol of this one but we could have won, we had the last shot in regulation.  The ball just didn’t go our way.”

Xavier Tillman hit back-to-back 3s while Morant hit two jumpers to keep Memphis ahed by one.  Jordan Poole hit a 3 at the 1:50 mark to give Golden State a two-point lead with 2.2 second left in the game.  Bane drove in for the dunk and got the foul.  After making both shots, the Grizzlies punched their ticket into the playoffs at the No 8 spot.

“There were some pivotal turnovers that bit us a little bit, but I think the intentions were right and we were trying to make the right play, and sometimes it doesn’t go our way,” said Curry.  “That is something too nitpick for sure.  It’s part of the game, you have to have solid shots.  I loved our aggressiveness and our intensions.  It just didn’t go our way.”

The Warriors will miss the playoffs for the second straight year.  But despite a short season due to the pandemic, Golden State found their chemistry late in the season and won six straight games before the play-in tournament began.  Curry was remarkable and the best player on the floor this season, with his heroics, he led this team into a possible playoff position.

“I think this season was absolutely a success, we would’ve liked to have gotten into the playoffs and make a run,” Kerr explained.  “We were a really good team for the last 22 games, I guess.  To put together a stretch like that over an entire quarter of a season, it’s not a fluke, we were the number one defense in the league during that span.”

“Next year will be a very special year,” said Andrew Wiggins.