Warriors bounce back in big win over Detroit 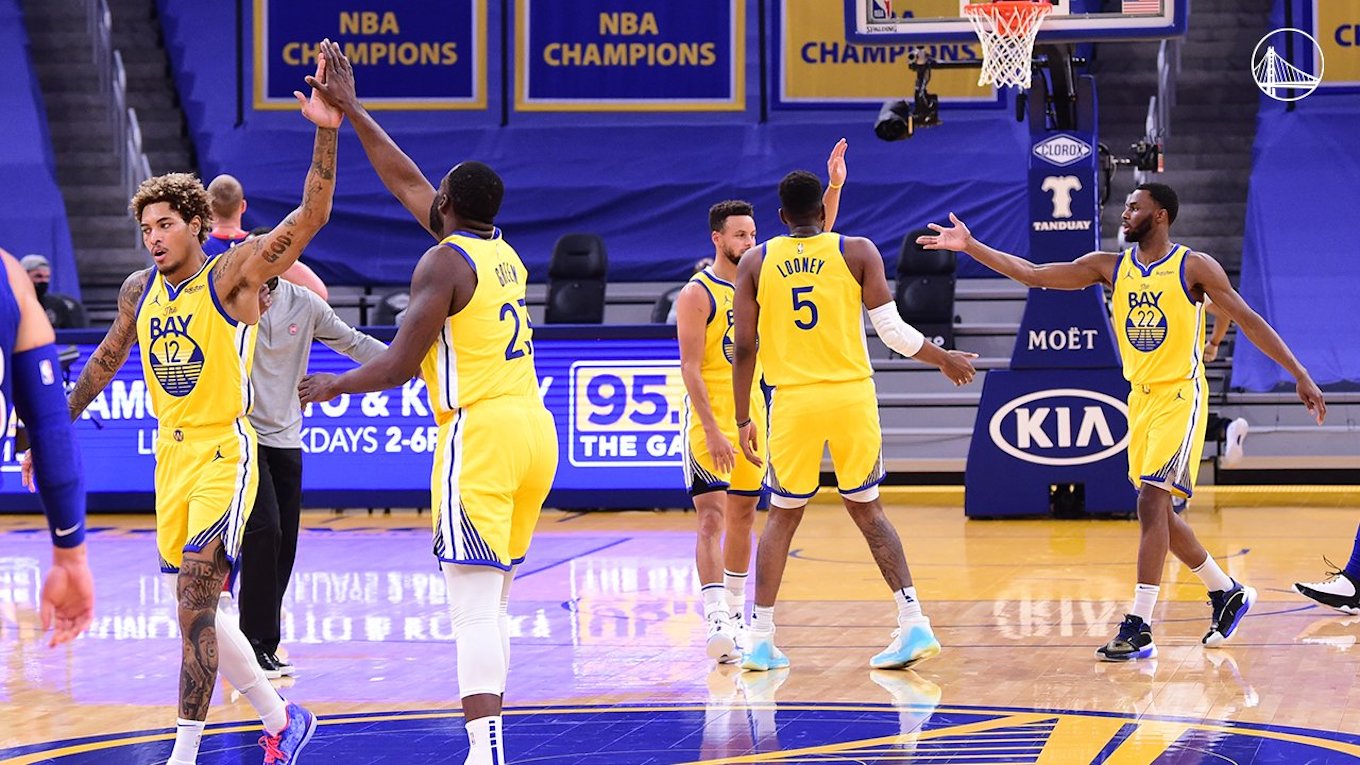 San Francisco – Following their loss against the Phoenix Suns two nights ago, Warriors head coach Steve Kerr gave the team Friday night off before they hosted the Detroit Pistons tonight.  The day off was more than needed as Golden State got back to basics in their dominant 118-91 win over the Pistons.

“If we have a back to back, we’re not going to practice the next day,” Kerr said.  “It’s too taxing and that’s a big part of my job and our jobs – pacing the team and understanding when we’ve got to work and when we’ve got to rest.”

After the much-needed day off, the Warriors completely shut down Wayne Ellington to zero points throughout night and held Blake Griffin to five points and three rebounds.  While the Golden State combined for 66 points from Stephen Curry, Kelly Oubre Jr. and Andrew Wiggins.

The Warriors also played their best defensive game of the season so far, holding Detroit to under 100 points, that’s the first time they’ve accomplished that feat this season.

“It was a great night,” said Kerr.  “Right from the start I thought we were defending with intensity and the biggest thing was rebounding.  I think we’re like fifth in the league in defensive field goal percentage, so we know we can keep teams from scoring.

“When we’re rebounding well it’s just because everybody is locked in and hitting bodies and it really does take five guys and tonight was one of our best games in terms of our focus and our intent.”

Golden State outplayed the Pistons tonight.  They outrebounded them 47-39, outshot 52-percent-to-38-percent, including hitting 17 times from deep compared to Detroit’s nine.

“It was good for us to get that finished game behind us,” Draymond Green said.  “Now we have to make sure we carry that over to Tuesday against a really good Boston team.”

The Warriors nailed their margins, something that didn’t go well at Phoenix in Thursday night’s loss.  Oubre hit the opening three of the game from the corner and Golden State built an opening 10-3 run off of that.

The lone 3-pointer that came from Griffin to tie the game did nothing.  The Warriors never trailed throughout the night and led by as much as 32 highlighted by several three’s by Curry and an alley-oop dunk by rookie James Wiseman from Draymond Green in the third quarter opened the 30-point advantage.

Curry finished with a game-high 28 points, going 5-for-6 from beyond the arc with five assists in 30 minutes..  He led all points tonight and was a spark to the team’s success on the boards.

“(Rebounding well) fuels our offense and allows us to gain some momentum,” Curry explained.  “We have capable ball handlers that can push and transition once you get a rebound and, obviously, defense isn’t allowed to get there and get set, and you’re able to get a good flow and, at the end of the day, it lessens their team’s confidence.”

One big surprise on the night was Jordan Poole’s 16 points off the bench on 7-for-9 shooting (3-for-4 from beyond the arc).  Tonight he’ll hop on a plane to Orlando for the NBA G-League bubble to join up with the Santa Cruz Warriors.

“I just continue to play my game,” said Poole.  “Do  what I do best and just hoop and then the rest will take care of itself.  I think my teammates wanted to sign a petition for me (to stay).”

Despite the stellar night off of the bench, and even a little bit of lobbying from his teammates, Kerr confirmed that Poole is still heading to the G-League bubble in Orlando on Sunday.

“Really happy for Jordan,” Kerr said.  “You know, he’s worked hard this last year and a half.  It’s nice to see things come together for him and see all his work pay off.  It’s a good send-off and a good chance for him now to play a lot of minutes in Orlando and continue his development.”

“We’re not saying goodbye.  We’re saying see you later,” added Green.  “I think he’ll go down there and play really well, and he’ll re-join us in an even better position to help this team.  Most of the guys would rather be playing somewhere than just sitting at the end of the bench.”