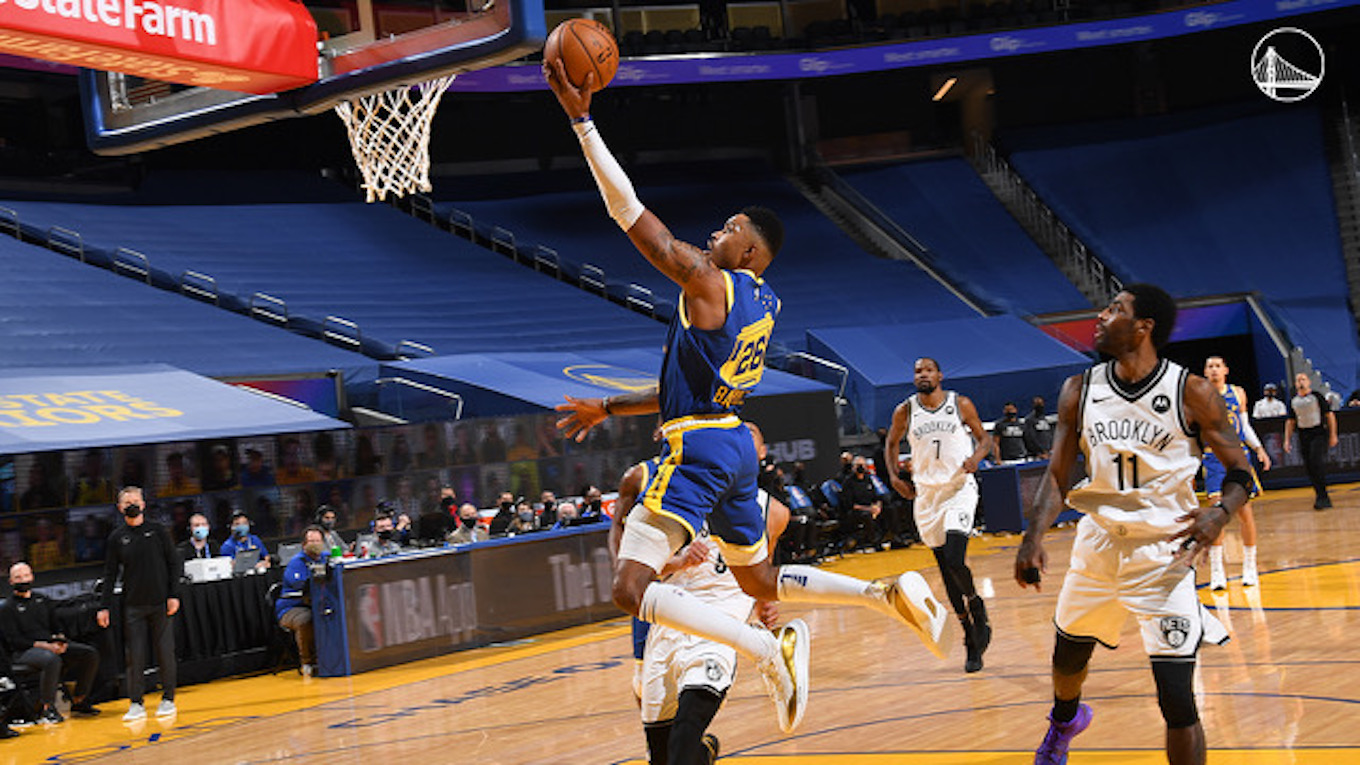 After missing the entire 2019-2020 season, Kevin Durant returned to the Bay Area for the first time after he tore his achilles during the Golden State Warriors 2019 postseason run.  Tonight, Durant and the Brooklyn Nets dominated the Warriors 134-117.

During his pre-game press conference Golden State’s head coach Steve Kerr said, “That his Warriors weren’t ready to compete at a high level.”

Golden State could’ve used the 2017-19 Durant against the Nets tonight.  The Warriors could not find their rhythm from beyond the arc, going just 9-for-34 from deep.  Stephen Curry struggled as well, hitting just 2-for-9 from beyond the arc and finished with 27 points.

“Kevin came here and gave us three years of just incredible basketball,” explained Kerr.  “The least we can do is welcome him back with open arms and I think everybody was genuinely happy to see him, obviously healthy and playing at such a high level again, that’s the main thing.

You know, the guy gave everything to us for three years and and then left with a devastating injury.  So there should be a lot of love for him.  He did so much for us.”

Golden State paid tribute to Durant with a pregame video, thanking him for the three years he spent with the team, guiding them to three-straight NBA Finals appearances and winning back-to-back championships while earning himself an NBA Finals MVP award in 2018.

“It just was not a good night, in any facet for us,” Kerr said after the loss.  “I didn’t think we played well, at either end of the court and, obviously, we played a team that’s loaded.  If you don’t come out with some intent and purpose in how you’re going to attack and how you’re going to beat a team like that, you’re in some trouble because their talent is going to take over. ”

“You got to execute.  You have to execute the game plan,” added Eric Paschall.  “I feel like we should have done a better job of it.”

Brooklyn showcased their high-powered offense Durant, James Harden and Kyrie Irving combined for 62 of the team’s 134 points with Irving dropping 23 points and Harden dishing a game-high 16 assists. Durant scored 20 points on the night, hitting a lone three-pointer on just 8-for-19 from the court. The win was also the Nets league-high seventh 130-plus point game.

“They play well, spreading the floor on offense and making us guard multiple actions,” Curry said.  “James [Harden] did a great job of playmaking and controlling possessions.”

The Warriors were able to stay within 15 points at halftime, however Brooklyn exploded in the third quarter, going up by as much as 26 points in their 42-point third quarter.

“I didn’t like our defensive focus,” said Kerr.  “They were getting behind us in transition.  We found jump-shooters in the first half, and then offensively we didn’t make them guard.  We were just taking quick shots and we didn’t seem to have a purpose for how to win the game.  We’ve got to bounce back and play a better game on Monday.”

If things couldn’t seem to get any worse, Draymond Green had a bit of a scare just before halftime.  Green tweaked his knee however, he was able to get up and walk to the locker room under his own power and returned to the game.  He should be available to play Monday against Cleveland. 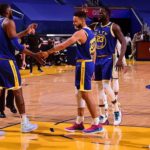 Hi there, You have done an incredible job. I’ll certainly
digg it and personally recommend to my friends.

I am sure they will be benefited from this website.

Appreciating the commitment you put into your blog and in depth information you offer.
It’s good to come across a blog every once in a while that isn’t the same out of date rehashed information. Excellent read!
I’ve saved your site and I’m adding your RSS feeds to my Google
account.

This article gives clear idea in favor of the new users of blogging, that genuinely how to do running
a blog.