Warriors rally late in the fourth to beat Suns 122-116 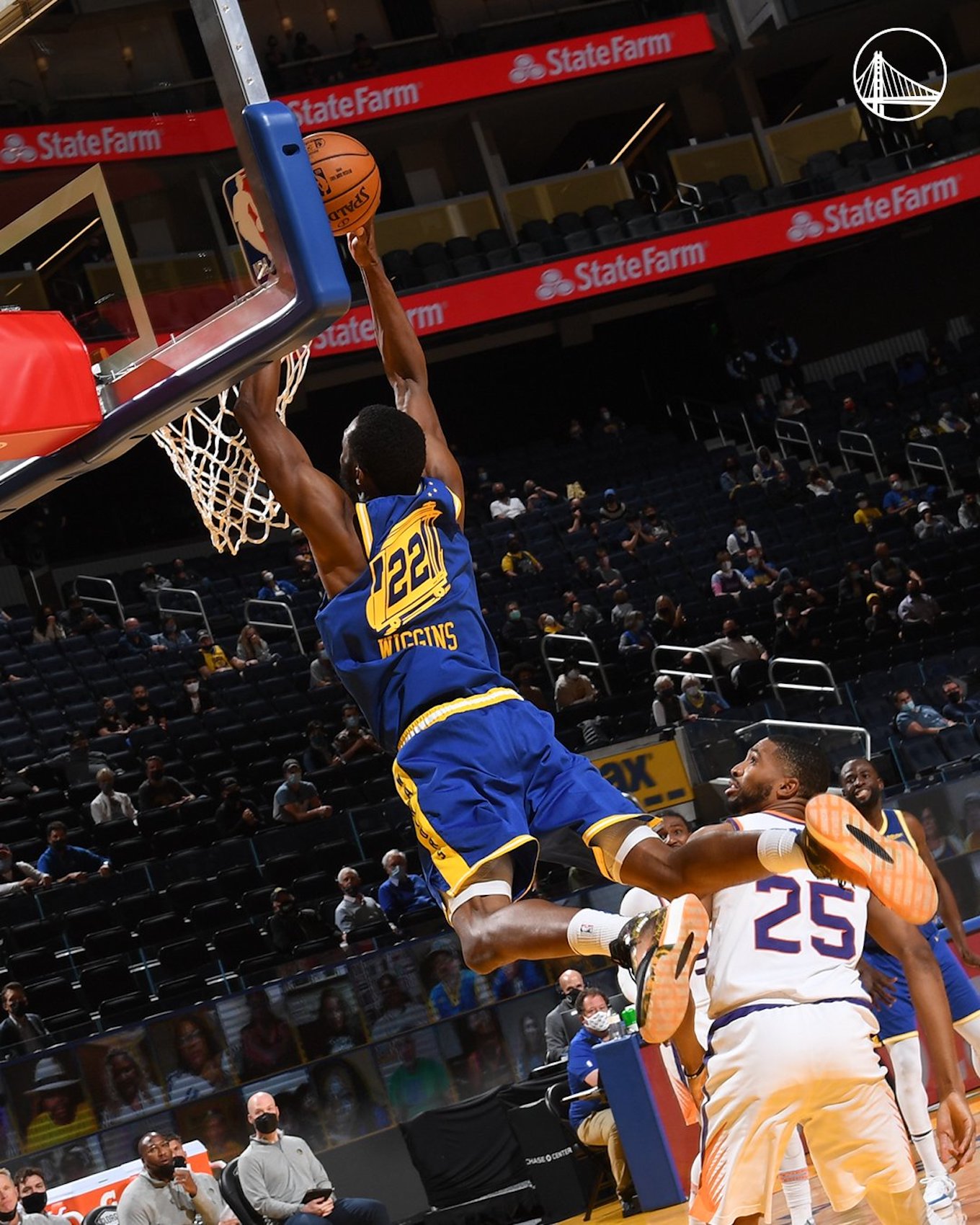 San Francisco – An amazing performance by the supporting cast in the final minutes was absolutely outstanding.  A late three-point shot by Jordan Poole and Andrew Wiggins 38 points was the key to the Warriors 120-116 comeback victory over the Phoenix Suns.

“Just the overall grip of our team, they’re so many great storylines in the game, so many guys contributed,” said Golden State’s head coach Steve Kerr.  “They were up by 16 in the first half and did a great job on Steph, we hung in there and our guys made big shots down the stretch.

These last two games have been important for us against two teams with the best record.”

Juan Toscano-Anderson tied the game 113-113 with a 3.  Poole followed with another 3 for the 116-113 lead with 1:37 left on the clock.  Wiggins layup extended the lead and a missed three-point shot by Devin Booker shut down any chances of Phoenix winning this game.

Stephen Curry made two shots at the line to seal the Warriors win.  Two back-to-back wins against the Utah Jazz and Suns is just a glimpse at what this team can do under pressure.  Down by as many as 16 points, Golden State rallied back behind Wiggins and Curry’s 17 points in the third.

“Juan changed the game in that second quarter with his defensive intensity,” Green said.  “Baze [Kent Bazemore] had a huge game and Wiggs was incredible, he carried us tonight.  For us to get that win and Steph to struggle says a lot about the growth of this team.  We got two more games, it’s important we finish those two games strong and try to head into the playoff rolling.”

After a great defensive effort by Phoenix on Curry in the first half, he got open in the third. He scored 17 points and hit his first 3 to open the period.  Booker was unstoppable as well finishing with 20 points for the quarter as the Suns led 98-92.  Booker finished with 34 points and Chris Paul had 24 points.

Golden State got off to a great start, Bazemore hit a pair of 3s while Wiggins led all scores with 12 points.  The Suns took flight behind the arc with Jae Crowder going 4-for-4 from behind the line.  Phoenix shot 72% in the first with 6 3s while Crowder had 12 points for the period.

Curry was held to just 4 points and went 0-for-5 from the arc.  As a team the Warriors shot 4-of-22 at the three-point line while the Suns shot 10-of-18 on 3s.  Golden State took advantage of Phoenix’s frustrations as they clamped down on defense and forced missed shots.  After cutting the lead down to 6, Wiggins got the offensive rebound and the basket to end the half 66-58.

While the game got chippy in the second, Toscano-Anderson was hit with a technical foul after exchanging some heated words with Booker.  The Warriors became more aggressive on defense and cut that lead down to eight.  A crucial play was a defensive stop that prevented the Suns from inbounding the ball and that set up the momentum for Golden State which lasted the rest of the game.

Poole finished with 20 points and made a few crucial shots down the stretch when needed.  He hit a 3 to tie the game in the final minutes of the fourth and also hit a 3 with seconds left on the clock in the third to cut the Warriors lead down to 6.

“We just continue to do what we normally do,” said Poole.  “We started getting more looks that didn’t fall in the first half.  We were able to lock in and pull it out down the stretch.”

“I came out trying to be aggressive on both sides of the ball,” Wiggins said.  “We were locked in that last quarter, every game is important right now.”

Golden State played their best basketball in the fourth quarter as they did last night against the Jazz.  The Warriors will have the next couple of days off before their final two games that will be this Friday and Sunday against the New Orleans Pelicans and Memphis Grizzlies. 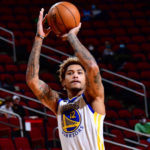 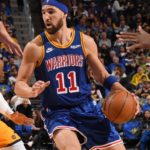