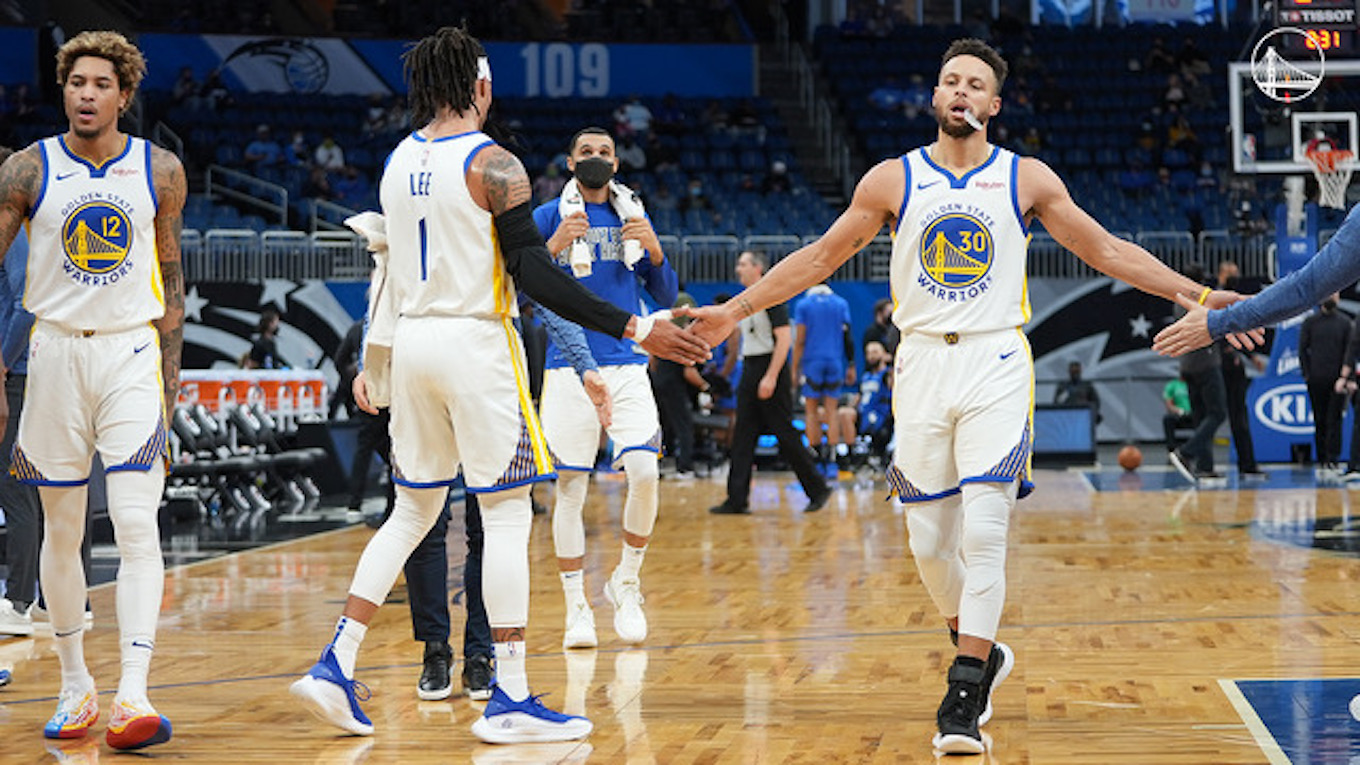 Orlando – The Warriors got off to a sluggish start, rallied back and lost their momentum in the final seconds.  Golden State was looking to continue their winning streak but they haven’t been successful past two wins in a row.  Tonight they lost to the Orlando Magic 124-120.

“We should have won this game tonight and continued on our winning streak, but we let another one get away,” Draymond Green said.

The Magic evened the series 1-1 and dominated from the start.  Evan Fournier finished the first quarter with 13 points and went 5-for-7 from the field.  Green got into early foul trouble and had to sit out most of the first quarter.

Despite an early 30-18 lead Kelly Oubre Jr. reached double digits along with Stephen Curry who trimmed the lead and tied the game.  Oubre had 10 points while Curry tied the game up with a driving layup and a plus one.  But Terrance Ross hit a jumper and Mo Bamba blocked Curry’s shot to end the quarter.

By the second, the Warriors stayed close but Orlando maintained their lead.  Missed shots and crucial mistakes kept the Warriors trailing behind.  The Magic led by as much as 13 points with Fournier finishing the half with 22 points while Curry was 2-for-7 from the arc and had only 11 points.

Orlando’s biggest lead was 71-54 in the third but Golden State cut that down to 71-62.  The Warriors controlled the pace and the game.  Andrew Wiggins had 12 points in the third that included a 3.  Juan Toscano-Anderson hit a 3-point shot and Oubre’s driving layup put Golden State ahead for the first time tonight.  But Green’s three at the buzzer  gave the Warriors a 94-93 lead.

“It was a weird game overall,” said Curry.  “We went on a run, up 10 but at some point we cut it to four, me and Draymond came back in but it was tough to get the stops and keep the momentum on our side.  An untimely turnover by me put them on the free throw line.

It was really an emotional roller coaster all night.  That’s kind of the them of our season.”

The Magic cut the lead down to four points then retook the lead 113-112.  At this point it was shot for shot and every possession was important.  Curry’s shot put the Warriors up by one but Chuma Okeke hit a 3 then Ross followed with a 3 to give Orlando a five point lead.  Curry cut the lead with three with seconds left on the clock.

“I’ll have to watch the tape, but it seemed like to me it was one pass and a shot,” Kerr said regarding the game’s final minutes.  “We stopped doing what got us the lead.  When you do that and you are giving up hoops at the other end the whole game shifts.”

While Golden State clung to a one-point lead Vucevic was fouled and made both free throws to make it a 123-120 game.  Curry missed a three-point shot and James Ennis was fouled and hit both of his shots.  One final attempt by the Warriors with the clock running down but Damion Lee’s three was off and that was it.

Golden State head to Charlotte for a back-to-back tomorrow night.