Warriors rally past the Mavericks in Game 2, take 2-0 lead 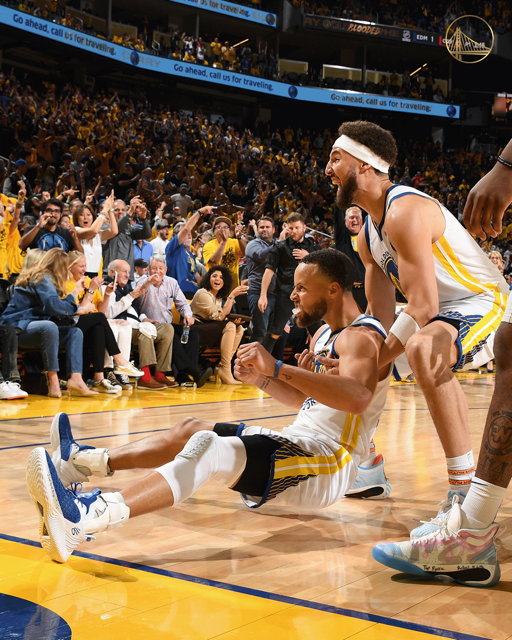 SAN FRANCISCO – Don’t look now but the Golden State Warriors are just two wins shy from a return trip to the NBA Finals, this will be the first time since making five straight appearances from 2015-19 season.

Stephen Curry scored 32 points and grabbed eight rebounds. Kevon Looney had a career-high 21 points (11 in the third quarter) and 12 rebounds helping the Warriors rally past the Dallas Mavericks 126-117 to take a 2-0 lead in the Western Conference Finals.

“I feel honored just to be a part of the ride,” Looney said. “Tonight, was my night to make a big difference and I just stepped up.”

Luka Doncic, who scored just 20 points on 6-for-18 shooting in Game 1, scored 18 of his game-high 41 points in the first quarter. Doncic drilled a deep three-pointer with 13 seconds left before halftime that gave the Mavericks a comfortable 72-58 lead heading into the locker room. Doncic had 24 points at the break.

“Against someone that good you’re just trying to limit some of the easy stuff,” said Warriors head coach Steve Kerr.

But it was in the third quarter where Golden State started climbing back into the contest after trailing by as much as 19 points in the first half.

Andrew Wiggins three-pointer pulled the Warriors within 83-81 with under a minute in the frame. Doncic’s layup extended Dallas lead to 85-81 but a 25-13 run late in the third period put Golden State within two at 85-83 heading into the fourth quarter.

“We know how good they are as a third-quarter team,” Dallas forward Reggie Bullock said. “It’s just something that slipped away from us as the game continued to go on.”

The Warriors outscored the Mavericks 43-32 in the final frame.

Jordan Poole scored 23 points off the bench, Wiggins finished with 16 points and Klay Thompson, who was held scoreless in the first half of Game 1, scored 15 points for the second straight game.

“Coach gives us the opportunity to play freely. And the unit that we have, the guys that we have, are all team-first players,” said Poole. “So when you go out there, be aggressive for yourself but knowing that if somebody is open, we are all willing to make the right play.”

Both teams shot well from the floor. Golden State shot a blistering 56.1% from the field, while Dallas shot 47.4% to end the game. In the first half alone, the Mavericks were deadly from behind the 3-point arc, shooting 55.6%.

“Yes, they [Golden State] do have championship experience, and I guess you could say we don’t, but it was also us just not playing defense to the level that we’re capable of, and that’s the reason why we lost,” Brunson said.

The best-of-seven series now moves to Dallas for Game 3 on Sunday. The Mavericks, who were down 0-2 to the top-seeded Phoenix Suns in the Semifinals before winning the series in 4-3, have been here before and head back to North Texas with a “must-win” mindset.

“We’re on the road against one of the best teams in the league,” said Mavericks head coach Jason Kidd. “We’ve seen this in Phoenix so now we have to go back and just focus on Game 3.”

Turnovers continue to be a sore note for the Warriors, who committed 16 turnovers after having 15 in Game 1.

Things did get chippy between the two teams in the second quarter at the 8:03 mark in front of the Dallas bench again. Golden State guard Damion Lee jumped over Davis Bertans while he sank a three-pointer from the corner. Bertans tripped Lee as he stood up Lee and sent him in a front flip hard to the floor.

Lee reacted immediately but was held by official Eric Lewis. Both players were hit with double technical fouls.

Tonight’s victory gives the Warriors their 200th postseason win, joining the Los Angeles Lakers, Boston Celtics, Philadelphia 76ers and San Antonio Spurs as the only franchises in NBA history to have reached the 200-playoff win plateau.

Golden State improves to 8-0 this postseason at Chase Center. The Warriors are now 18-5 in Game 2s dating back to the 2015 postseason.