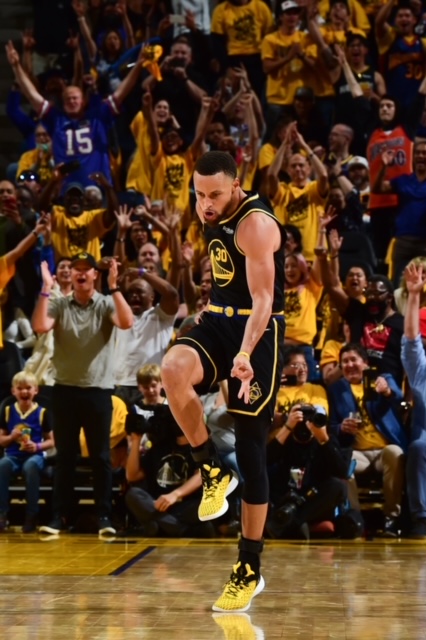 “I thought Wiggs was fantastic,” said Warriors head coach Steve Kerr. “Doncic is difficult to cover and we just asked Wiggs to try to hound him and guard him as best as he could, stay in front and try to keep the pressure on him and he did a fantastic job.

Wiggs is just a huge part of our defense and our team. I thought he was great offensively as well. So a great night for Andrew”

“Yeah, they did a really good job, Wiggins picking him up full court,” Mavericks head coach Jason Kidd said. “They were box-and-one, went zone. Give them credit. Wiggins did a really good job. We understood coming into the series that we were going to see that. We’ll go back and look at the video and see what we can do better.”

“Luka is obviously one of the best players in the world,” said Klay Thompson. “It didn’t help they played two days ago, that emotional high of winning a Game 7. So we expect them to come back with a much better effort on Friday. It’s just one game. We can feel good now but this team was down 2-0, and won the series last round.”

Curry sparked a 10-2 run by hitting two 3s to start the third period, Thompson who went scoreless in the first half scored 15 points once he found his groove in the second half. Kevon Looney remained in the starting lineup and he’s been making a huge difference in the paint. Looney finished with 10 point, 5 boards and 2 block shots.

The Warriors in total had 7 block shots, Draymond Green who blocked Davis Bertans three-point shot from the corner to end the first period had the sellout crowd on their feet! Another came from Thompson who blocked Spencer Dinwiddie’s three-point shot in the same corner right in front of the Dallas bench during the second quarter.

“Yeah, it felt good to win,” Jordan Poole said. “They’re going to make adjustments. You’ll have game where you score 30, score five, whatever it is. We have so many talented players and we are really connected as a team, that as long as we go out there and we win the game, that’s all that matters.”

Looking back on the last series against the Memphis Grizzlies, Golden State struggled with turning the ball over and tonight they had a total of 15 turnovers. While the Mavericks gave a better effort in the first half, they still trailed behind by as much as10 points. By the second half the Warriors took flight and never looked back.

“Of course this is going to be tough, it’s the West Finals,” Doncic said. “Like I said yesterday, they’re a championship team. They know what this is about. They’ve been through the bad and the good. It’s going to be really tough. But we believe. Like I say, it’s Game 1. Somebody got to get to four wins first. It’s going to be a good series.

“We’re super comfortable on this stage,” Curry said. “I think it’s more so just the understanding that — because we have been away for two years and this is a different team, there’s a sense of urgency of how important. It’s even hard to say that because every time you go through this it’s important. But there’s more gratitude of being back here and more sense of urgency on not letting the opportunity slip away.”

The Warriors host the Mavericks in Game 2 of the Western Conference Finals on Friday, April 20 (6:00 p.m. PDT).