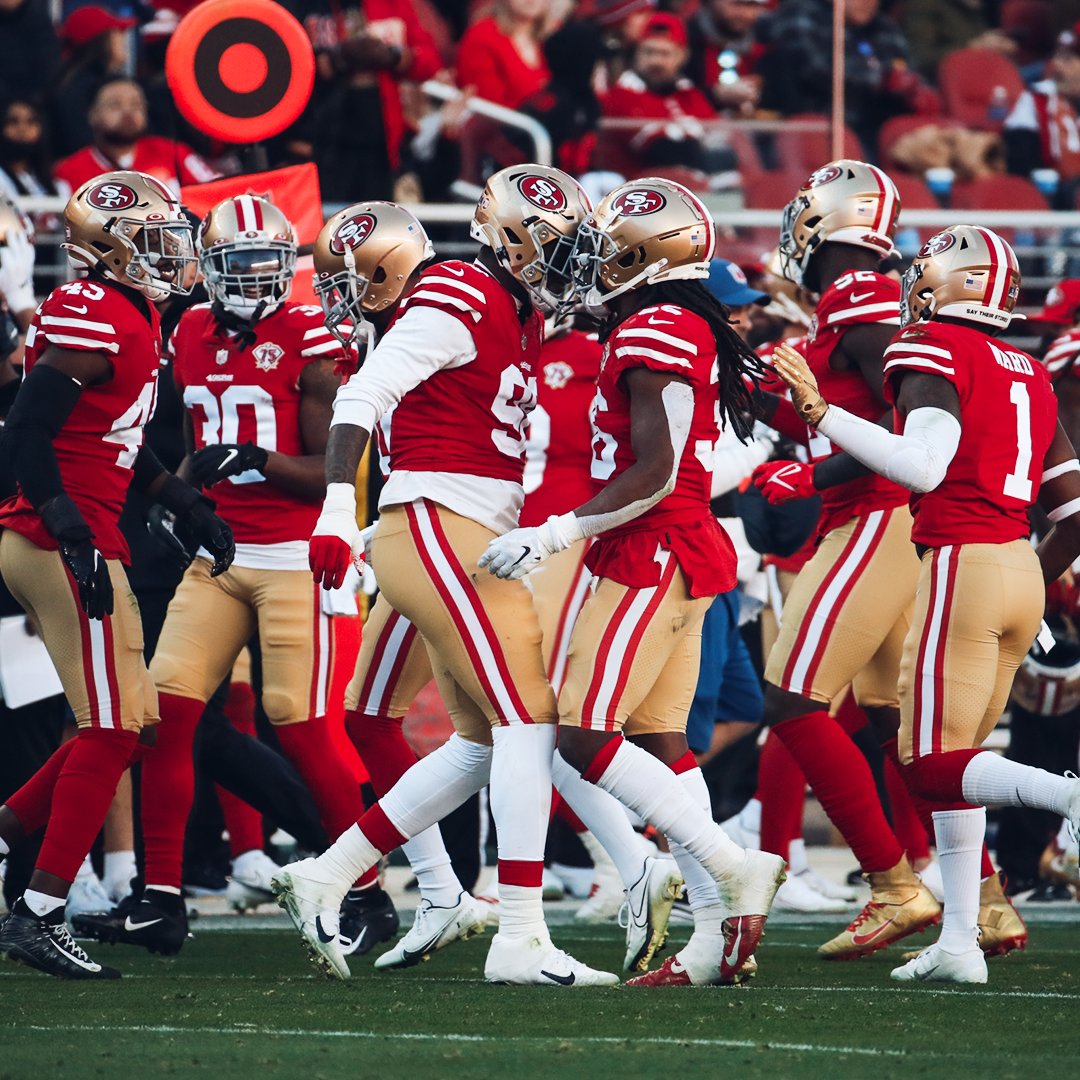 San Francisco – After a New Orleans Saints win, the 49ers will have to wait until next week to clinch a playoff spot. But in the meantime, Trey Lance led the 49ers past the Houston Texans for a 23-7 win today. Lance threw two touchdowns in what was a slow start for both teams.

“I think he did some real good things, besides the bad interception, I thought he protected the ball real well,” said head coach Kyle Shanahan. “That was a big thing going into this game and he did a good job on all those except for one play. I think he was very efficient, just looking at his numbers. That big play at the end was huge. For the most part, he made some pretty good decisions running the ball.”

The first quarter ended with a tie score of 0-0. By the second quarter Lance threw an interception. His pass was intended for George Kittle but Desmond King II was there to run it back for 22 yards. Just under the 2-minute warning, Davis Mills connected with Brandin Cooks in the end zone for a 8-yard touchdown pass.

San Francisco responded with a 37-yard field goal by Robbie Gould to end the half and made it a 7-3 game. But the 49ers took flight in the second half. Lance in his first career start at home, completed 16-of-23 for 249 yards that included 2 touchdowns. He also added 8 carries for 31 yards on the ground.

“Yeah, I think I got into a better rhythm,” Lance said. “Probably settled in after that two minute drive, I think that is when I started talking to [quarterbacks coach] Rich [Scangarello] and [head coach] Kyle [Shanahan] and kind of let them know that I felt settled, honestly. But yeah, hopefully can get started faster, whenever that next time is.”

Lance connected with Elijah Mitchell for an 8-yard touchdown in the third quarter and tossed a 45-yard touchdown pass to Deebo Samuel making it a 17-7 game. Mitchell rushed for 199 yards on 21 carries and recorded his first career receiving touchdown. This marked his 5th game with 100-or-more rushing yards this season.

Two big plays in the second half that worked in favor of San Francisco. Marcel Harris registered a a career-high 10 tackles and his first career interception. He picked off Mills and lost the ball but it was ruled a forward progress. On the next play, Terrance Mitchell was called for a pass interference penalty on Brandon Aiyuk. That led to Lance’s first touchdown.

“Yeah, I knew I caught it but you got to hold on to that thing,” Harris said. “No, for the most part I thought I was down. I heard the whistle as I was being held up and God was behind me and we got the ball back with a chance for the offense to score. I can’t ask for nothing more.”

The 49ers would’ve clinched playoff spot today had the Saints lost. So, it comes down to the final game of the season, San Francisco will be in Los Angeles to play the Rams. A win over the LA or a loss by New Orleans will put them back in the playoffs.

“I can’t lie, I did just watch the last 30 seconds,” said Shanahan regarding the Saints game. “It wasn’t real fun to watch, so it’s pretty simple for us, I think our playoffs, I kind of thought going into this game, that they started today. Because I had a feeling that that was going to go like that, and it did. I’m just glad we took care of business, so we got our second playoff game next week.”

DL Arik Armstead notched 8 tackles and 0.5 sack, as he combined with Ebukam to bring down Texans QB Davis Mills. He now has 3.5 sacks on the season and 26.0 in his career.

DL Jordan Willis notched 1 tackle, 1.0 sack and 1FF, as he brought down Mills for a 5-yd loss. He now 3.0 sacks on the season and 8.5 in his career, as he has registered 1.0-or-more in back-to-back games for the first time in his career.