The Giants walked all over the Phillies tonight 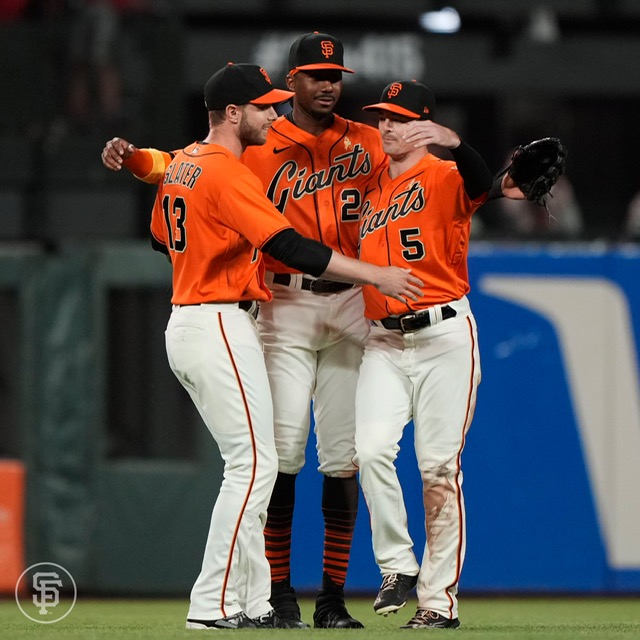 The Giants 13-1 win over the Phillies began when San Francisco took advantage of pitcher Kyle Gibson in the first when the Giants scored four runs. Gibson gave up a double to Mike Yastrzemski and walked Wilmer Flores. Joe Pederson singled off the center field wall and drove in Yastzemski to make it a 1-0 game.

Brandon Crawford singled on a line drive, Flores scored. Evan Longoria doubled on a ground ball, Pederson scored. A wild pitch drove in Crawford to make it a 4-0 game. By the second frame, Gibson had walked three batters and gave up a home run. Pederson went deep into McCovey Cove for a three-run shot to make it a 7-0 game.

“I thought it was notable how selective our offense was today, just kind of really patient and locked in,” said Giants manager Gabe Kapler noted. “You could tell that the players were especially motivated to come out and perform today.”

Pederson recorded his 21st home run this the season and drove in 5 runs tonight. Gibson continued to struggle heading into the third frame, he gave up back-to-back singles to LaMonte Wade Jr. and Yastremski to load the bases. Former San Francisco reliever Sam Coonrod replaced Gibson and walked Flores, Gonzalez scored to make it a 9-0 game.

“Joc’s electric in and out of the clubhouse,” Alex Cobb said. “You see that type of personality. Whatever he does he wins at. Same with Woody (Alex Wood), those guys come from a long line of winning and there’s skill to that. They know how to do it. They’re key clubhouse guys and no matter what struggles Joc went through, he was the same guy in the clubhouse every day. Keeping it light for us and that’s appreciated when you’re going through rough times.”

Cobb was nothing short of perfection through seven innings. HIs numbers have increased since being injured in June. Tonight, he was the pitcher that set that tone for the series. Cobb allowed three hits and struck out seven with one walk on 88 pitches. He was backed with outstanding defense as well.

The Phillies still couldn’t muster up any runs but tried in the fourth when Rhys Hoskins struck out swinging to start the frame. Alec Bohm had a base hit due to a throwing error by Crawford at shortstop. Veteran hitter Bryce Harper hit into a double play to end the inning. By the ninth inning Bohm singled on a ground ball and drove in Austin Slater for their first run.

“My confidence hasn’t wavered at all this year,” said Cobb. “I’ve been comfortable with where I’m at and there are some things that have happened out of my control that are an anomaly that have happened… This game is funny in a way that, even though we complain about how long it is, it does a good job of painting a picture of how you did that year and things evening out throughout the year.”

Cobb made his 22nd start off the season and 14th start since being reinstated off the 15-day injured list due to neck strain that caused him to miss 13 games. Cobb has logged 111.0 innings thus far surpassing his last three seasons despite two trips to the injured list. Cobb has pitched 12 scoreless innings over his last two starts and has an ERA 3.58.

“He came out filling up the strike zone, executing his split, attacking hitters, just going right after them,” Kapler said. 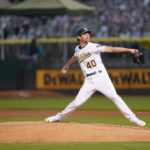 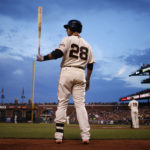 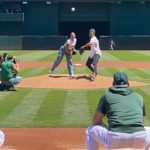 The Curry’s host 1K kids at the ballpark July 28, 2022
Previous Post A’s focused on baseball not who leaves
Next Post Lance out for season, Garoppolo leads 49ers past Sehawks 27-7