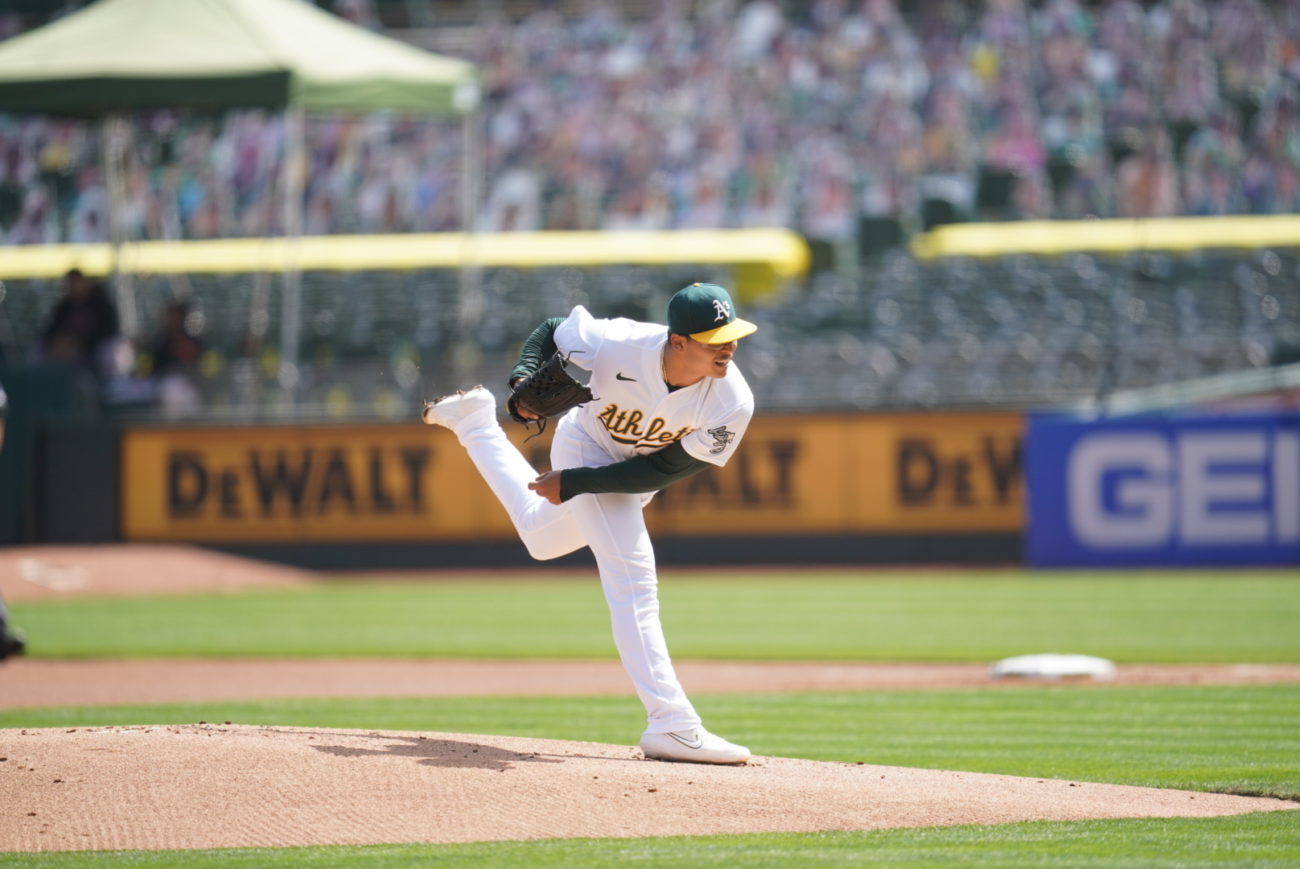 Oakland – The A’s reduced their magic number to clinch the American League West to one.  Oakland’s 6-0 shutout victory over the Giants today came behind the outstanding pitching of Jesus Luzardo.  The A’s have won five of Luzardo’s six starts at the Coliseum this season, while limiting opponents to two runs or less in each of those wins.

“His stuff is off the charts,” said A’s manager Bob Melvin.  “They made him work a little bit, worked his pitch count up but got it under control in the last couple innings but I wanted him to get off with a good feeling.  I didn’t want to go deep into the 100’s to get through the next inning, we had bullpen that was ready to go.”

Luzardo struck out seven, allowed five hits, walked none over six frames.  His last outing against San Francisco didn’t fair so well.  Luzardo tossed 3 1/3 innings after giving up six runs.  This time the Giants didn’t know what was coming.  A few changes during batting practice worked in his favor.

“I was able to keep them off-balance,” Luzardo said.  “Last time, they were really hunting that sinker, I was making mistakes and I wasn’t putting it where I needed to put it.  Just mixing the spots, throwing that change up for a strike a lot and then got a slider, so I am glad I have that in the bag now.”

Oakland got on the board first in the fourth, Mark Canha got a free pass and stole second on a wild pitch.  Matt Olson followed with a single up the middle and drove in Canha for the 1-0 lead.  By the seventh, the A’s scored five runs and never looked back.  San Francisco made a pitching change replacing Kevin Gausman with Sam Selman to start the frame.

Piscotty singled and Jake Lamb went yard to right field extending the A’s lead 3-0.  PRobbie Grossman walked and the Giants went back to their bullpen with Sam Coonrod.  Jonah Heim singled and Tommy La Stella tripled driving in both Ramon Laureano and Heim.  Then Marcus Semien followed with a RBI double extending Oakland’s lead to 6-0.

“Guys are playing loose,” said Melvin.  “They are playing at a high level, they know what is at stake and early on it looked again, real timely.  We get a ball in the dirt, a guy moves up, [Olson] gets a hit, it’s our first hit of the game and we are ahead 1-0 so, we have been able to take advantage of some mistakes and do the best we can… all around really good game similar to last night.”

Olson also made a spectacular defensive play earlier in the fourth.  In what  could’ve been a loaded bases situation, Olson quick thinking led to a crucial out.  Donovan Solano singled to lead off the frame.  Evan Longoria singled putting two on with two outs.  Mauricio Dubon singled on a ground ball to Semien at shortstop, who didn’t have full control of the ball before throwing to first for the out.

Olson spotted Solano heading home and threw to third, unaware of the out at first Solano quickly headed back to third but is tagged out by Lamb to end the inning.  San Francisco thought they had an opportunity to score on that play but Olson thwarted those plans.

The A’s have won all five games against the Giants this season and have clinched the series with one game to go.  Lamb hit his second home run in five games since joining the team.  In five games, he’s hitting .350 (7-for-20) with four runs, two doubles, two home runs and five RBIs. 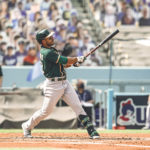