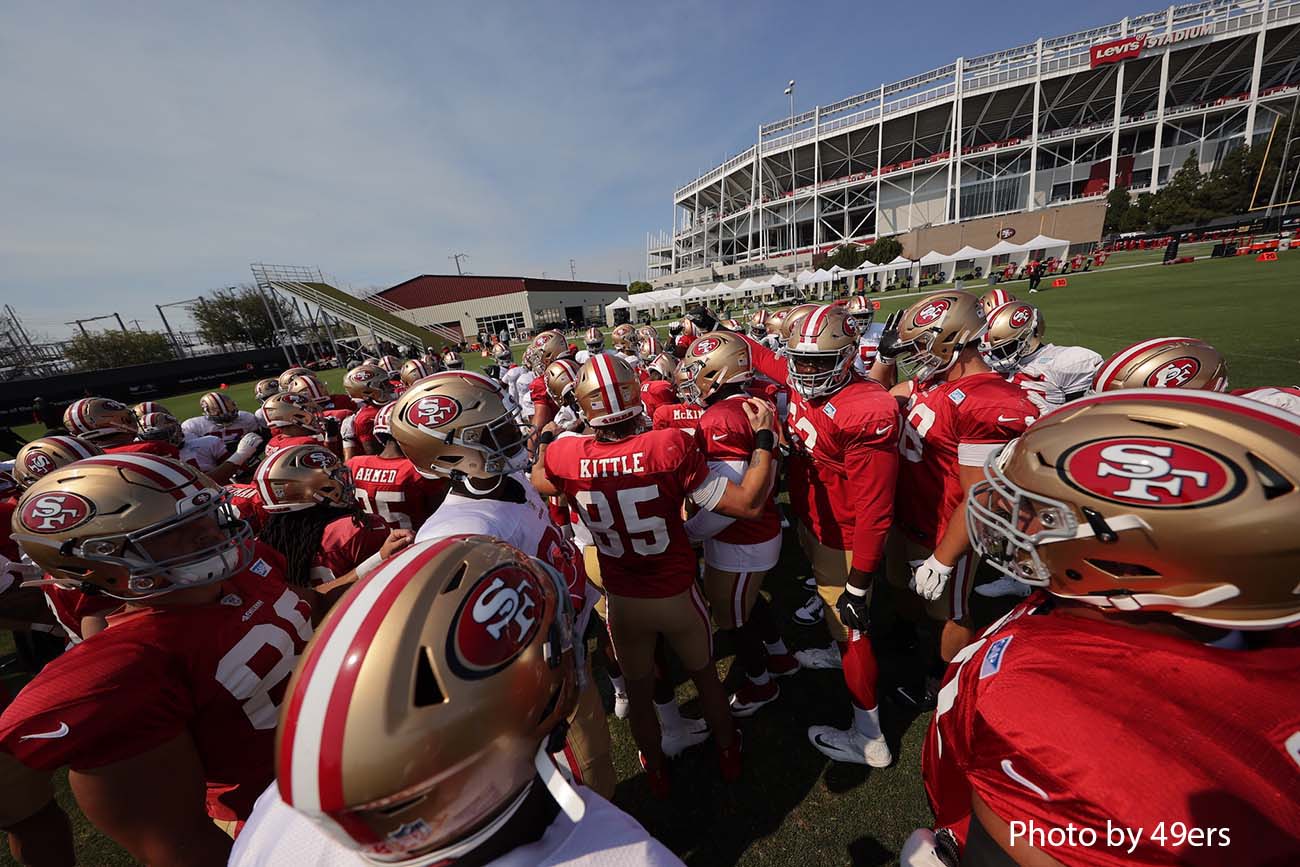 Santa Clara, CA – After a restful day off, the 49ers were back on the field for practice. With the number of injuries since Training Camp opened, the Niners added one more to their injured list. Defensive Tackle D.L. Jones left practice with a shoulder injury leaving head coach Kyle Shanahan befuddled when asked how many players will start the season on the injured list.

“We’ve lost three centers so far, starting with [OL Weston] Richburg and then [OL Spencer] Long retiring and then going to [OL Ben] Garland yesterday,” said Shanahan. “I know Richburg is not coming back at that time. I know Richie James isn’t, Julian isn’t, so I think that leaves two left. So, the other guys we’re holding out hope for.”

Those other guys are DL Ronald Blair III and WR Deebo Samuel. No update on Jones’ injury as that happened today. OL Trent Williams has been impressive thus far and Shanahan had a few compliments of his own.

“Trent’s been everything we’ve expected,” Shanahan said. “Trent is as talented of a football player that I’ve ever been around. I was fortunate to be with him his first four years in Washington and you never know how much a guy’s going to change, not seeing him in person and practice and stuff for about seven years, but he’s the exact same guy.

This has been his first time playing football in about a year and a half. Came in great shape and, like our entire football team, is still continuing to get in football shape. I’ve been very pleased with the athlete and I’ve always loved the guy. It’s good to get him out here with our players and get him kind of used to how we do things.”

49ers look ahead to the offseason, team awards given out January 31, 2022
Previous Post Madison Bumgarner Returns to Oracle Park
Next Post Deebo Samuel Out for Sunday’s Home Opener