49ers rally back for the win, playoff bound 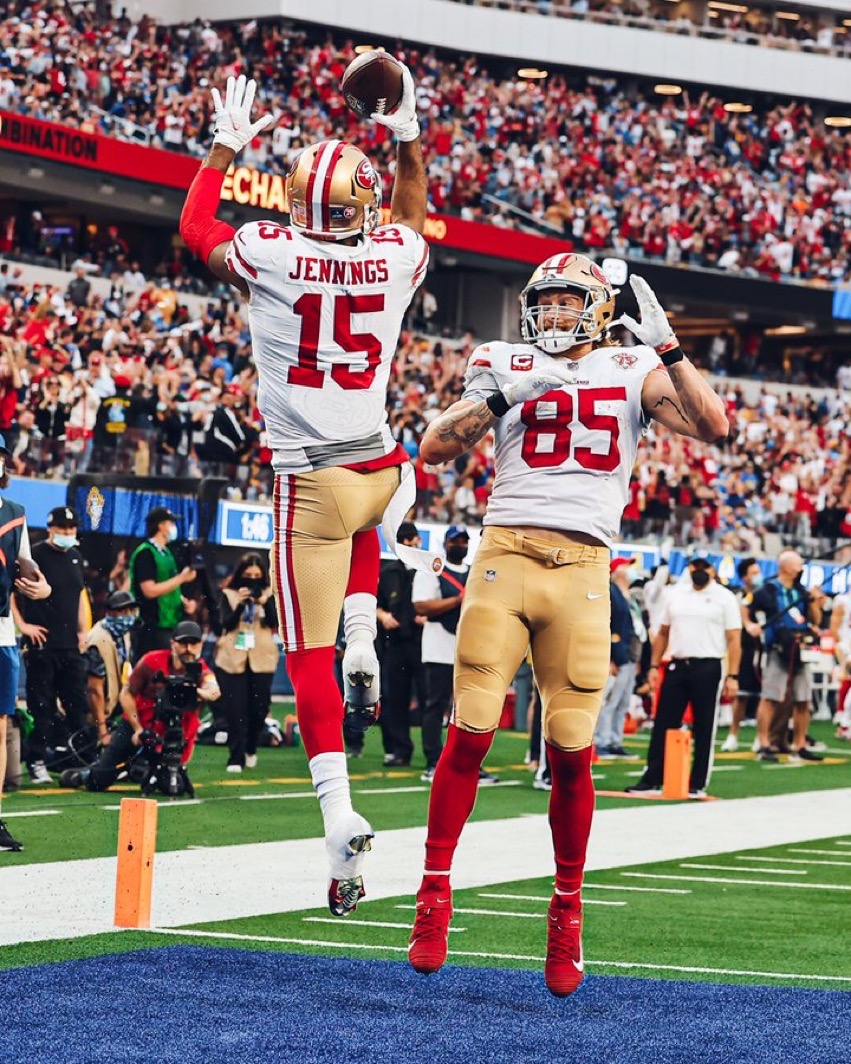 Los Angeles – The 49ers dominated the second half to rally back for a 27-24 victory over the Los Angeles Rams in overtime. Down by 17 points San Francisco went with their running game while the defense smothered the Rams. But it was Ambry Thomas’ first career interception that punched their ticket to the playoffs.

“Guys came together, guys made huge plays on third down, defense stepped up huge,” said 49ers head coach Kyle Shanahan. “Interception by Ambry at the end there… a rookie making that play.”

With .26 seconds left in the game, Jimmy Garoppolo connected with Jauan Jennings for a 14-yard touchdown that tied the game 24-24. In overtime Robbie Gould kicked a 24-yard field goal to give the 49ers a 27-24 lead. LA was determined to make a comeback with 2:45 on the clock. Matthew Stafford went deep to Odell Beckham but Thomas intercepted Stafford’s pass to end the game.

Jennings registered career-highs with 6 receptions for 94 yards and two touchdowns. This is the first multi-touchdown game of his career.  His second touchdown came by way of Deebo Samuel. At the snap Garoppolo passed the ball to Samuel who threw a 24-yard touchdown pass to Jennings. Samuel is the first non-quarterback in franchise history to have at least 1 passing touchdown and one running touchdown in a game.

“Getting off to a slow start and then coming back like we did,” Garoppolo said. “It took everything. We say that a lot of weeks, but this one really did, and I felt it after the game. I know a lot of guys in that locker room did. It was one of those games you won’t forget anytime soon.”

San Francisco’s win locked up the 6th seed in the NFC (National Football Conference) playoffs. They will face the Dallas Cowboys in the Wild Card game next weekend in Dallas at 4:30pm EST on CBS. The Rams clinched the NFC West and the 4th seed in the playoffs. LA will host the Arizona Cardinals Monday at 8:15pm EST on ESPN.

“That shows resilience of this football team, and I think that’s the perfect type of win that we needed heading into this tournament because it’s not going to be easy,” Fred Warner said. “The NFC is loaded with talent, and if we really want to reach our end goal, we’ve got to take it one game at a time and really dial in because we’re going to need everyone to win versus Dallas.”