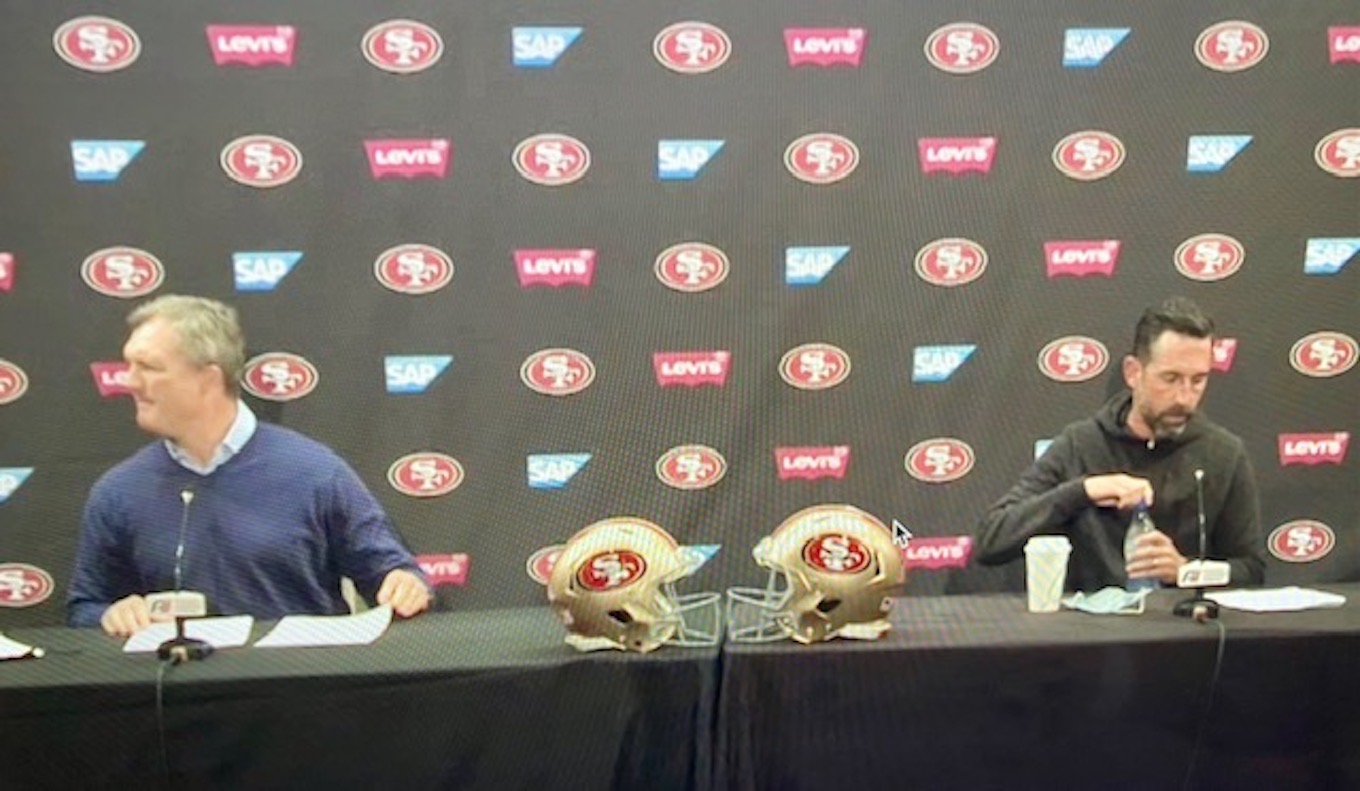 Santa Clara – The San Francisco 49ers General Manager John Lynch and head coach Kyle Shanahan addressed their blockbuster trade today that involved the 49ers moving up from the 12th spot in the NFL to the Number 3 spot.

San Francisco acquired the number three overall draft pick in the 2021 NFL Draft from the Miami Dolphins in exchange for the 49ers 2021 first-round (12th overall) draft choice, along with San Francisco’s 2022 and 2023 first-round picks and a 2022 compensatory third-round draft pick.

Lynch and Shanahan held a press conference to discuss the trade, Jimmy Garoppolo’s future with the team, Pro Day, free agency and the future of the franchise.  Lynch spoke about keeping some of their top guys before the trade.

“The initial calls on this trade went out early in March, probably that first week,” said Lynch.  “A lot of teams weren’t ready because this is such a different year, so the process really hadn’t happened.  Typically, we would have been to a combine, started 30 visits and all those things.  So, for a lot of teams were like, ‘We’re not ready do that yet because we want to go through the process a little bit more.’ Then free agency starts and yes, it’s important for some dominoes to fall on.

The first one was Juice he’s a very important part of this football team in every way and is a great example for everybody here in terms of the work ethic.  Then Trent was obviously a major priority.  He’s one of the better players in football in my mind.  To keep the whole thing together was influenced by the success that we were able to have in free agency.”

Garoppolo’s injuries over the past two years has been a big concern moving forward.  Now, San Francisco made a move to insure they have a healthy quarterback ready to go if Garoppolo gets injured again.  However, heading into the season, is the starting quarterback position up for grabs?

“I’m sure Jimmy was a little pissed off from it, just like I would be, but me knowing Jimmy, he’ll be fired up and come in and he’ll work his butt off,” Shanahan said.  “The more mad Jimmy gets, the better he gets.  I’m excited to have him come in here and see what he’s been doing when he’s away and hopefully we’ll have a team here that we can work and practice with.”