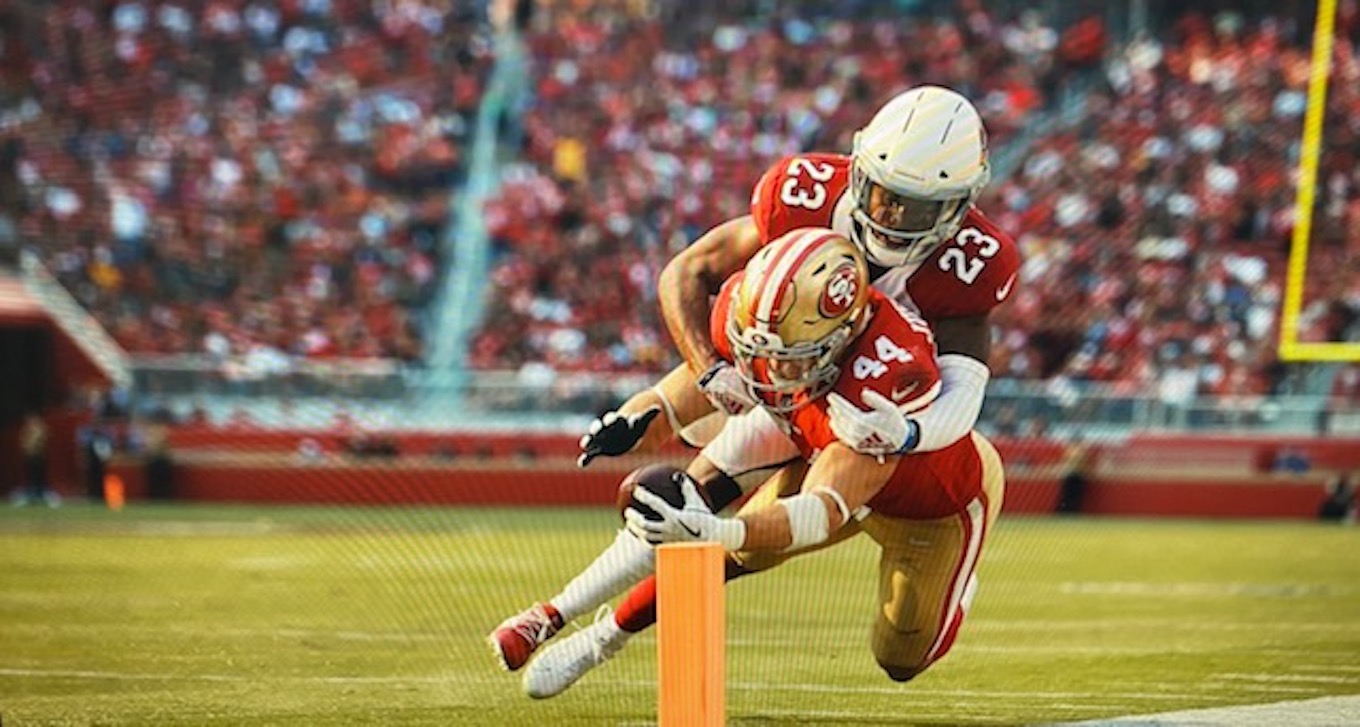 The San Francisco 49ers announced yesterday that they have signed Pro Bowl FB Kyle Juszczyk to a five-year extension through the 2025 season.

“Kyle is a unique football player whose versatility, leadership and skillset are a tremendous fit with us,” said General Manager John Lynch. “He has been integral to the success of our offense the last four seasons and his contributions on the field are just a portion of the value he brings to our team. Kyle has helped to establish a standard for our team on the field, in the locker room and in the community. We couldn’t be prouder to reward him with this well-deserved contract extension. Welcome back Juice!”

Last season, Juszczyk (6-1, 235) appeared in all 16 games (15 starts) and registered career highs in rushing attempts (17), rushing yards (64) and rushing touchdowns (two) to go along with 19 receptions for 202 yards and four touchdowns through the air. He earned his fifth-consecutive trip to the Pro Bowl (2017-21) and fourth straight as a member of the 49ers. His six total touchdowns on the season were a single-season career high.

Over the past four years with San Francisco (2017-20), Juszczyk has appeared in 58 games (51 starts) and registered 35 rushing attempts for 132 yards and two touchdowns as well as 102 receptions for 1,080 yards and seven touchdowns. He also made starts in each of the team’s three postseason contests in 2019 and added three receptions for 39 yards, including a 15-yard touchdown reception in Super Bowl LIV.

Originally drafted by the Baltimore Ravens in fourth round (130th overall) of the 2013 NFL Draft, Juszczyk has played in 122 games (83 starts) and tallied 42 carries for 157 yards and three touchdowns while adding 199 receptions for 1,849 yards and 12 touchdowns. In 2017, he was also the recipient of the Bill Walsh Award which is given annually to the 49er who has best represented the standard of professional excellence established by Walsh.

Kyle talks about his extension, Trent Williams, another Super Bowl run and the future of the franchise.

The San Francisco 49ers today announced that the team has signed CB Emmanuel Moseley to a two-year extension through the 2022 season.

“Emmanuel is a great example of how we look to build our football team,” said General Manager John Lynch. “After originally joining us as an undrafted player, he put in the time and effort and we have watched him develop into a key contributor on both defense and special teams. We are excited to keep him as a 49er for the next few seasons.”

A 24-year-old native of Greensboro, NC, Moseley attended the University of Tennessee (2014-17) where he appeared in 51 games (30 starts) and recorded 142 tackles, 31 passes defensed, two interceptions and 9.5 tackles for loss.