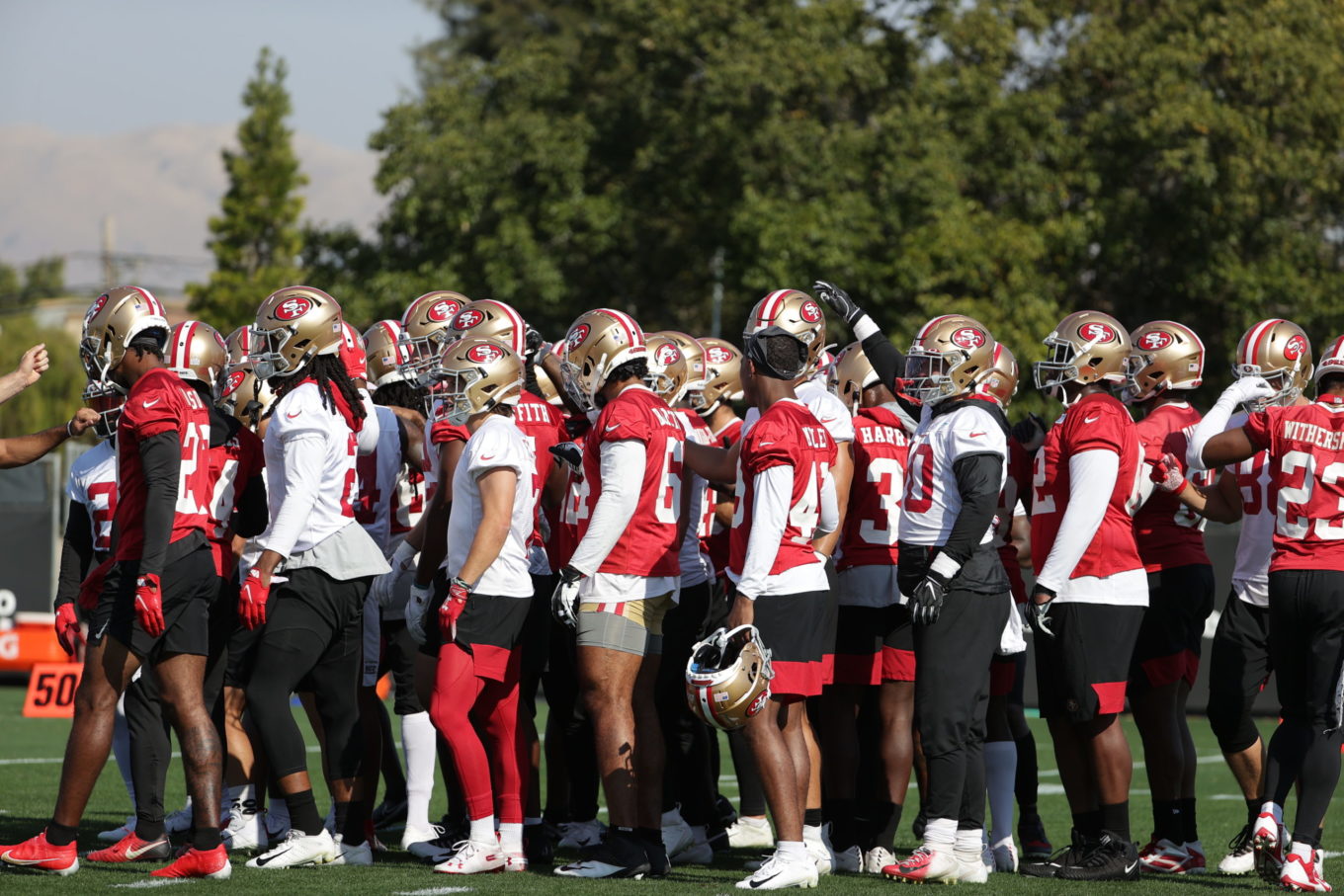 Santa Clara – Yesterday multiple reports came out after ESPN analyst Adam Schefter reported that both Jimmy Garoppolo and George Kittle will miss an extended amount of time due to their injuries.  49ers head coach Kyle Shanahan confirmed those reports today.

“He essentially had a whole new one, just on the same foot,” said Shanahan regarding Garoppolo’s injury.  When you have those high ankle sprains, you re-injure them a lot, but it was a different way that he did it.  So, it’s basically doing it all over again in a different way.  That’s usually four to six weeks with those high ankle sprains.  It is worse than the last one.  That’s why surgery is an option, so we’re just getting different doctor’s opinions now.  Whatever’s best for him long-term is obviously what we’ll decide on, but if he does need the surgery, then it’ll be all year.  If not, then hoping six weeks, get a chance to get back at the end.”

Garoppolo left Sunday’s game with a high ankle sprain and did not return.  Shanahan was asked if bringing Garoppolo back was too soon and he explained that he looked good in practice and that decision was based on his performance.

“Just how he looked in practice. We felt he was able to go in there and at least protect himself and make the throws, which we felt good about just watching him in that game,” Shanahan said.  “I don’t regret bringing him back in any of the times.  Obviously, the way the Miami game went, if I could have seen that before the game, we could have avoided bringing him back, but I thought he gave us a real good chance to win and we didn’t think he was risking injury by going further with it and he didn’t.”

Kittle has a fractured foot and is expected to be out at least eight weeks.  But Kittle is known for returning from his injury sooner than later.  He expressed to Shanahan that he’ll be back in two weeks.

“I think they told me eight weeks,” said Shanahan.  “Kittle says two, but that’s how he rolls.  That’s why he’ll go on IR and if it’s better than what they’re saying, he’ll have a chance to come back this year, but eight weeks is eight weeks.”

The 49ers made no other trades before the deadline ended today at 3pm PST.  Yesterday they traded LB Kwon Alexander to the New Orleans Saints in exchange for a fifth-round draft choice and LB Kiko Alonso.  They waived WR Dante Pettis and DL Jullian Taylor today.

Other injuries reported today include Tevin Coleman who will be out with a knee sprain for this Thursday’s game against the Green Bay Packers.  LB Demetrius Flannigan-Fowles is out with a hamstring.  Shanahan was asked if he will promote RB Austin Walter to replace Coleman.

“Yeah, he’s done a good job,” he explained. “It’s hard when you bring some backs in during the year to put them on practice squad because it’s hard to get a real good look at them.  What helped us with Austin was we had him at training camp last year.  So, he had more familiarity with our offense than someone would who had just been here a couple of weeks.  Tevin’s going to be out for a little bit of time, so we’ll see how the whole roster goes, but most likely we’ll have to get him up for this week.  I know he’ll be ready.”