49ers embarrassed at home with 43-17 loss to Dolphins 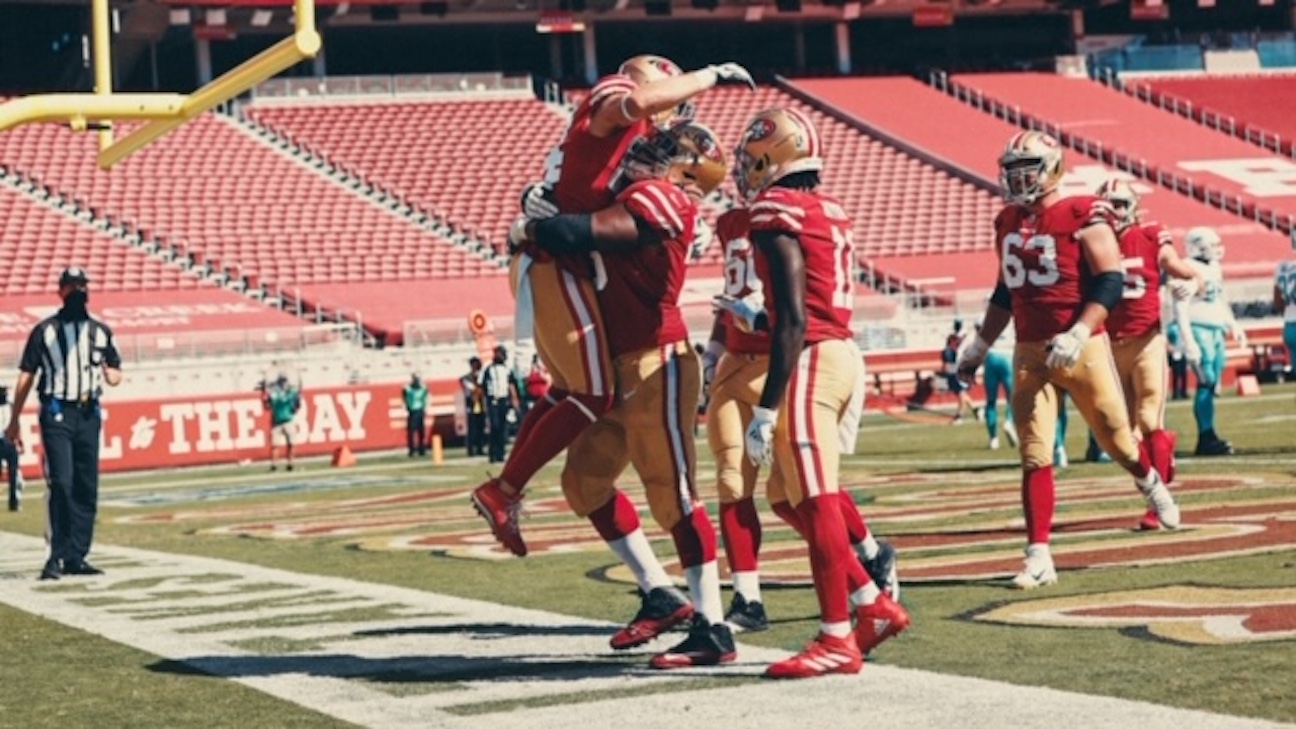 Santa Clara – The Miami Dolphins dominated from start to finish, they scored four touchdowns and kicked four field goals.  The 49ers were embarrassed at home and recored their third straight home loss after the Dolphins’s 43-17 blowout win.

The injuries have taken a toll as San Francisco was without four (Richard Sherman, Emmanuel Moseley, K’Waun Williams and Dontae Johnson) of the top cornerbacks.  Ryan Fitzpatrick was phenomenal and went 22-of-28 for 350 yards.

“I thought obviously we got off to a great start with the deep one to [Miami Dolphins WR] Preston [Williams],” said Fitzpatrick.  “This is a team that’s very resilient.  I think we showed that today coming out to the West coast and playing like we did, but it didn’t surprise us at all.  I think this is what was expected for us and I’m happy with the we played on both sides of the ball.”

Miami got going early, they scored two touchdowns in the first.  Fitzpatrick connected with Adam Shaheen for a 3-yard touchdown and Myles Gaskin rushed up the middle for a 1-yard touchdown making it a 14-0 game.

Jimmy Garoppolo struggled throughout the first half and was replaced by C. J. Beathard after halftime.  Garoppolo went 7-for-17 for 77 yards, threw two interceptions and got sacked three times.  He was unable to move the offense and just had a bad game.

“I mean, just the way the whole game was going, just kind of watching how we were playing as a whole, how he was playing. You could tell he was affected by his ankle,” 49ers head coach Kyle Shanahan said.  “I know he doesn’t normally throw the ball that way.  I think he was struggling a little bit because of it and the way the game was going I wasn’t going to keep putting him in those positions and knowing we were going to have to throw it a lot to come back.”

“No, I felt it,” said Garoppolo.  “I wouldn’t say it affected everything.  It’s one of those things you’ve got to deal with.  It’s tough.  It was a tough one today.”

By the second quarter, the 49ers went with their running game.  Raheem Mostert rushed for 37 yards which was a huge play they needed.  Kyle Juszczyk went up the middle for a 7-yard touchdown to cut the lead in half 14-7.  But due to a crucial 22 yard penalty, the Dolphins scored again.

After a pass interference call on Marcell Harris that put Miami closer to the end zone.  Fitzpatrick found DeVante Parker for a 22-yard touchdown making it a 21-7 game.  Jason Sanders kicked a 26-yard field goal to extend their lead 24-7.

With 1:41 seconds left in the first half, Garoppolo went deep to Jerick McKinnon who was not open, but Bobby McCain was and he rushed it back for 19 yards.  Sanders kicked a 50-yard field goal to end the half 27-7.  A disappointing half for San Francisco and their starting quarterback.

“Yeah, that one specifically,” Garoppolo on his second interception.  “I really couldn’t.  I tried to drive it.  I couldn’t really pull it down.  Came off my hand wrong and as soon as I let it go, I knew it was just too high, but it was just tough.  You’ve just got to learn how to work around it.”

Beathard connected with Kendrick Bourne for a 19-yard touchdown to start the third quarter but again, the Dolphins clapped back with another deep pass from Fitzpatrick to Preston Williams for the 32-yard touchdown.  After Robbie Gould kicked a 37-yard field goal, the 49ers did not score the remainder of the game.

“I feel like all game long, right now we haven’t been playing very good complimentary football, offensively and defensively, whereas last year when our defense would step up big, we’d get the ball and go down and score,” said Beathard.

“Right now, we’re kind of struggling with that.  We need to get back to playing complimentary football.  When we turned the ball over last year, defense would get a stop and end up holding them to three points, at least.   This year it’s just we’re not playing as a good complimentary football and we saw that today.  It stuck out.”

San Francisco won’t push the panic button yet.  They’ll return to practice next week, watch film and get back to work.  The 49ers will host the Los Angeles Rams next week for Sunday Night Football.  Then they’ll be on the road for to face the Seattle Seahawks, New England Patriots, New Orleans Saints and Rams.  There’s still one goal and that’s to make it back to the Super Bowl. 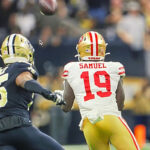 49ers lose a tough one to the Eagles October 4, 2020
Previous Post Jimmy Garoppolo will start Sunday against Miami
Next Post Lakers beat the Miami Heat to win NBA Championship